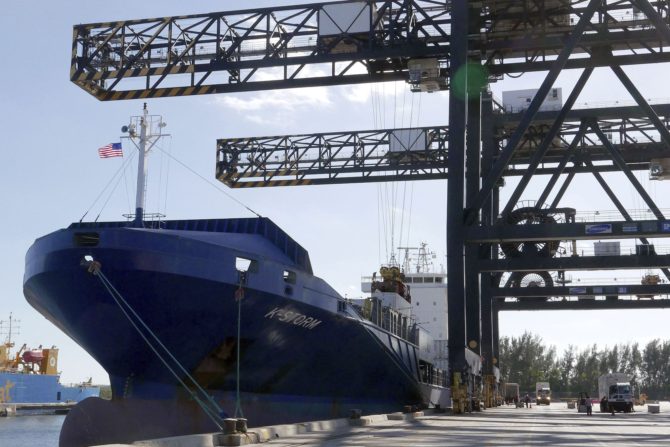 First, there was the post-presidential election, post-Fidel death letter to Raúl Castro in December asking the Cuban leader to “allow a new era offreedom and opportunity for Cuba” or continue “down a path of poverty.”

Pointless. As if no one had spent the last 58 years saying the same thing — even less persuasive if you read it with Scott’s voice in your head. Naïveté was the letter’s most notable trait.

If you’re going to make a worthy argument to a dictatorship that has outlasted nine American presidents you might not want to start off with bragging to the surviving brother about the celebratory bash in Miami after Fidel died.

But that’s exactly what Scott did. Then, there was the horribly botched opening phrase of the Spanish version delivered to the Cuban ambassador in Washington. I’m not sure what language that was, but it wasn’t Spanish.

The English speakers at the Cuban Embassy probably had to get the letter re-translated.

Not that they were really the targets. Oh, no. That letter was for Miami’s ears.

Cuban Americans are being played, once again, for votes.

Elected to the Senate in 2000, Nelson hasn’t said that he’s retiring in 2018, but he did announce that he’s battling cancer. The 74-year-old former astronaut is the only Florida Democrat in office who has won statewide election in recent times. Calling himself in his biography “a true son of Florida” with roots that date to the 1800s, this American hero from Central Florida has bipartisan appeal with moderates and conservatives up and down the state.

Whether Nelson runs or not, this will be a competitive race with a lot at stake for both parties.

And what better way than by becoming a Cuba expert and an anti-Castro fighter overnight? This time, he might have to do better than taking doughnuts to elderly centers in Hialeah as he slashed their Medicaid behind their backs.

Cuba didn’t answer his letter: “Yes, Rick, thank you for saying that, come to Havana!” So on Thursday, Scott made good on his promise to hit them in the pocket. He put an end to the nascent efforts from two ports in Florida, in Fort Lauderdale and Palm Beach County, to sign agreements with Cuba’s port authority. He did so Trump-style, with one simple edict, and deaf to still-standing federal policy on Cuba.

If you do business with Cuba, he told the ports, he will take away state tax dollars for their projects. Two seconds later, Port Everglades, which had received the first shipment of charcoal from the island the day before, reneged on signing a memorandum of understanding agreement with Cuban representatives who left empty-handed.

Before there’s applause for the grandiose gesture, consider these facts:

Some of the soundest arguments for keeping former President Barack Obama’s rapprochement policy are coming from Republicans, who argue that Ronald Reagan used diplomatic tactics and engagement to effect change in the Soviet Union.

Scott ignores that, far from the bluster of his campaign talk, President Donald Trump invited the Cuban ambassador to his inauguration. Like his Cuban-American Republican counterparts from Miami, the ambassador giddily tweeted about being there.

Oh, joy. One of Trump’s senior advisors, hedge fund manager Anthony Scaramucci, flew on a repeat visit to Cuba after Obama’s historic trip and said in an interview with OnCuba online magazine that the reconnection of Cuba and the United States was “the most exciting event in the economy this year” and that he had vast business plans for the island.

Doubt that he’s happy about the publicity stunt Scott just pulled at the Florida ports.

What Obama launched wasn’t perfect, but I doubt Rick Scott, new Cuba guru, is the one to make it right.

Outcome and Projections for Cuba´s Natural and Traditional Medicine

Fira de Barcelona and the Palco Business Group are holding the First PACGRAF...
Scroll to top