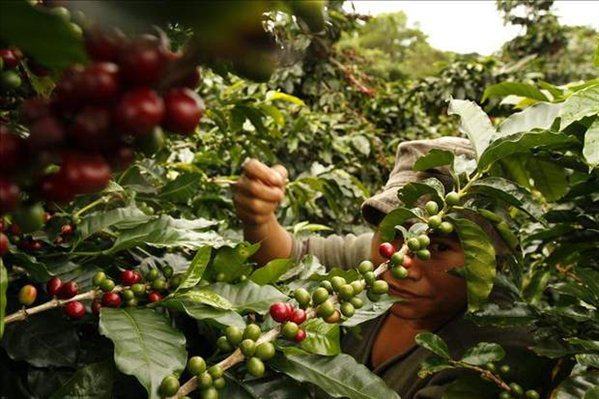 HAVANA, Oct. 19th  (Xinhua)  A large number of farmers are now engaged in planting organic coffee in Guamuhaya mountains in the central Cuban province of Cienfuegos, 250 km southeast of the capital city of Havana.

The price of coffee on the international market is very attractive for export, especially in an economy urgently needing injection of foreign currency. It is also an incentive for farmers, who sell their crop to a state company that processes beans.

The state company pays between 130 to 161 pesos (130-161 U.S. dollars) for every 13 km of beans grown in the area, which is mostly of the Arabica variety cultivated in high mountainous areas, or Robusta planted in low areas.

“I’d like to see how every day the price increase gives us profits and also serves for the development of our country,” Omar Rodriguez, a local farmer, told Xinhua.
The 70-year-old Cuban is the president of a cooperative of 38 partners in the mountainous area of Escambray.

He said that all his partners are dedicated to the cultivation of the plant, taking the advantage of economic reforms promoted by President Raul Castro to cultivate previously unused land.

The cooperative can secure about four tons of coffee in every harvest, which extends from September to January. 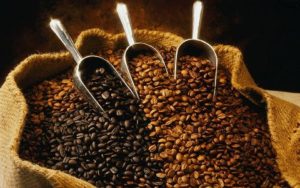 The coffee beans first arrive at the San Blas pulping station to dry off in the sun before passing through a plant, where the moisture is eliminated and the outer shell is mechanically removed, without affecting their organic condition. The plant processes some 1,200 tons of coffee annually.

In the plant, the beans are sorted by quality, size, weight and color, before a later sorting identifies those belonging to the Crystal Mountain variety, as they are on high demand internationally and be sold at a higher value. Usually a ton of organic coffee sells for 3,000-4,000 U.S. dollars but those processed in Cumanayagua can be sold for up to 11,000 dollars a ton.

Japan buys most of the production, with the rest going to European Union countries.

“The coffee in the Escambray area is traditionally the best in the country, due to its climate and soil,” says plant manager Jose Montalvo.

Montalvo is convinced that Cuban organic coffee can not only be an important source of income for the nation, but above all, he believes it has a chance of being seen as the best in the world.
See also:https://havana-live.com/cuban-coffee-history/ 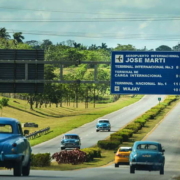