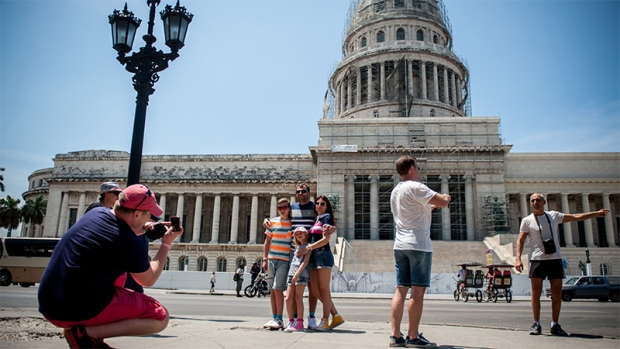 Tthe tourism ministry said in a broadcast on state television that 2016 has been characterized by “continuous growth” in the number of tourists to Cuba from Germany, the United Kingdom, the United States, France, Italy and Argentina.

A spokesperson also said local hotels and tour operators plan to raise the quality of their services and increase hotel capacity in order to deal with the increased number of tourists hitting the Caribbean islands shores year round.
Cuban tourism authorities estimate that in 2016 some 3.7 million foreign tourists will visit, 175,200 more than in 2015, when the country broke the previous set record by receiving 3.5 million travelers.

Although Cuba has always been a popular destination with tourists from Europe and beyond numbers have spiked since its diplomatic relations between the U.S. started to thaw in late 2014.
ocal economists note that some 145,000 Americans visited Cuba in 2015, 79 percent more than in the previous year.

The tourism industry is now considered one of the most important facets of the Cuban economy and the second-strongest for earning foreign currency, with revenues of US$1.94 billion in 2015, up 10.7 percent over the previous year, the island’s National Statistics and Information Office, or ONEI, reported.