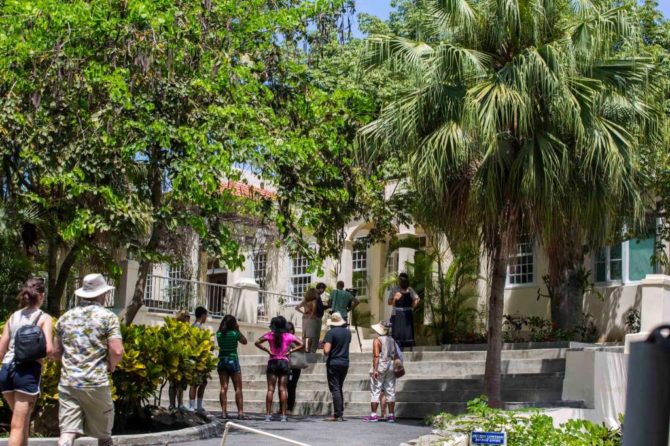 HAVANA,June 16th (AP)  Just before noon outside Ernest Hemingway’s Havana estate, a metallic screech cut through the chirping of tropical birds and the sound of a live band entertaining tourists.

On an island where finding a handful of screws can be a days-long odyssey, the new era of U.S.-Cuban normalization has brought hundreds of thousands of dollars of supplies to build a simple but up-to-date conservation facility for Hemingway artifacts ranging from books and letters to fishing rods and African animal heads.

The opening of two containers on Wednesday was far from the most momentous event in the year and a half since Presidents Barack Obama and Raul Castro declared detente. But there was a symbolic charge to the unpacking of American goods that will be used to preserve the memories of a man who’s become an icon of friendly U.S.-Cuban relations. Hemingway lived at the airy home known as the Finca Vigia in the 1940s and ’50s, and places where the Nobel literature laureate worked, fished and drank have become important Cuban cultural sites and draws for tourists from around the world. 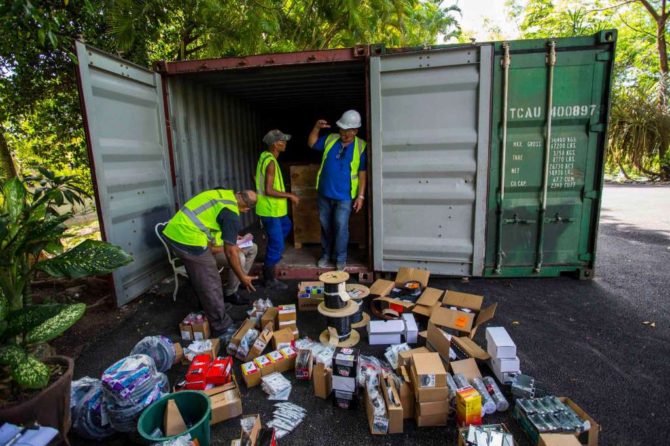 between the U.S. and Cuba, which suffers under both a U.S. trade embargo and the self-imposed problems of an inefficient and unproductive centrally planned economy.

The goods unpacked Wednesday will be used to complete the first stage of the conservation facility that should be finished in the spring of 2017, said Mary-Jo Adams, director of the Boston-based Finca Vigia Foundation, which raised nearly $900,000 for the project.

When he died in 1961, Hemingway left approximately 5,000 photos, 10,000 letters and hundreds, perhaps thousands of margin notes in the roughly 9,000 books at the Finca Vigia. Most are stored in the decaying, termite-infested basement of a guest house on the estate, but will be moved to the new facility as soon as possible, Adams said.

“This is where he kept the objects that he loved, and where they reside,” she said.

Alfonso said the Finca Vigia could become a model for other historic preservation projects in Cuba, which has struggled to find the resources to protect centuries of globally renowned architecture and art.

She said it was thrilling to see the containers unpacked after years of trying to preserve Hemingway’s home without state-of-the-art supplies or equipment.

“I really feel the fact of having the best materials, the tools, really having the best conditions to continue preserving the collection,” she said. “Material and tools coming from the United States isn’t something you see every day.” 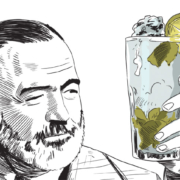 The Myth Behind Hemingway’s Favorite Drink