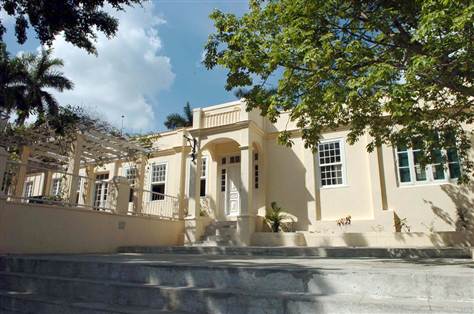 HAVANA, May 11th It’s been more than a decade in the making, but the first construction materials are finally on the way for a small but significant project with Michigan and Detroit connections outside Havana,on Ernest Hemingway’s Finca Vigia.

The Lansing-based The Christman Co.‘s involvement in coordinating the project to build a 2,500-square-foot building on Hemingway’s former Finca Vigía property to house the celebrated author’s artifacts in a climate-controlled environment, which would spare them from the harsh Caribbean elements.

The first materials to be sent are “the meat and bones of the building before we dress it up with the skin,” said Ron Staley, the senior vice president of Christman who has made several trips to the island nation in the last roughly four years as he was working on the project. 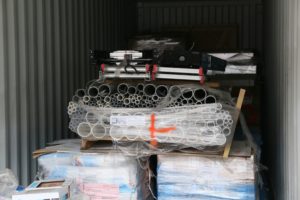 The project is important because Hemingway had some of his most prized possessions on Finca Vigía (“lookout farm” in Spanish): thousands of books, rough drafts of his own work, letters, photographs, the heads of exotic game and others.

The problem, however, is that in Cuba’s brutally hot and humid Caribbean climate, and without a climate-controlled place to store them, they were in jeopardy of being irrevocably damaged and lost forever.

“These are irreplaceable documents, some of them coming from the 1910s and 1920s that Hemingway brought with him to Cuba because he thought they were important,” she said. “But the inks were faded. They were being stored in the basement of the guest house, which was filled with termites. I think it was in danger of imminent collapse and that would have crushed the collection.”

The project is also an important milestone because it is the first time American building materials have been sent to Cuba, with which the U.S. severed relations in 1961, two years after Fidel Castro’s revolution in 1959. The Obama administration recently announced the decision to restore diplomatic relations with Cuba and relax the trade embargo. In January 2015, it authorized that building materials for certain types of projects could be shipped to the island.

“In addition to coordinating the logistics of a construction project within both U.S. and Cuban customs and other regulations — which obviously hasn’t been done in a while — lots of other things are also relative ‘unknowns,’ and that extends to the local construction labor market, which we anticipate needing to guide to our specifications, including safety regulations.”