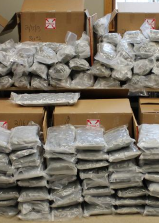 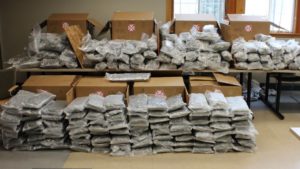 Granma said that according to the National Antidrug Direction Office (DNA in Spanish) actions were made in the provinces of Havana and Granma -east of the island of Cuba- as part of an operation called Nieves (Snows) with the intervention of forces from the Coast Guard Services, the Criminal Investigation Office and the District Attorney of the Republic of Cuba.

The actions allowed to stop the entry of fast boats in seven occasions, coming from Jamaica, to occupy and seize 31,000 US dollars for the financing of further operations of drug trafficking and seize 295.24 kilograms of marijuana.

The main organizer, based in Jamaica and transferred to Cuba, thanks to the cooperation of Jamaican antidrug services, and another 10 people, were arrested.

These ten people were in charge of receiving the drug in Niquero (Granma) and further distribution in the Cuban capital.

The sentences are still in a process for appeal.

Why U.S. sanctions sanction official was in Cuba?
Scroll to top