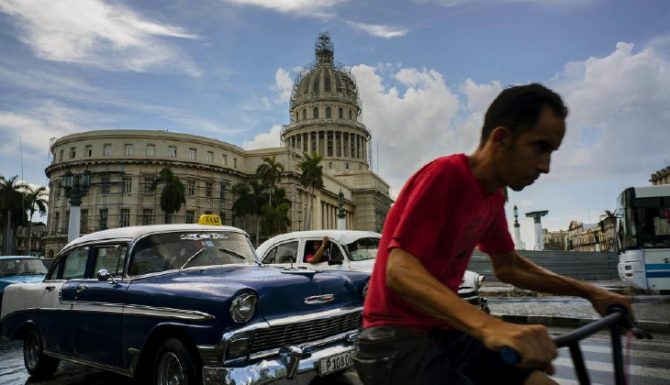 HAVANA, July 31th Critics of President Obama’s diplomatic thaw with Cuba are questioning why a top official with the U.S. government office charged with maintaining the trade embargo and leveling sanctions against Cuba was in Havana earlier this month meeting with officials.

Acting Deputy Director of Treasury’s Office of Foreign Assets Control Andrea Gacki was one of several U.S. officials in Havana for meetings that took place in mid-July, a senior administration official has confirmed . The official did not respond to follow-up questions about whom Gacki met with and what they discussed.

Since Obama announced his intention to start normalizing relations with Cuba in late 2014, dozens of U.S. officials have participated in negotiations about easing travel and other restrictions with the island nation, both in Havana and Washington.

But Gacki’s travel to Cuba this month has critics fuming because her office is charged with doling out punishment for those who violate U.S. law. Opponents of Obama’s rapprochement with the Castro regime fear she was there to help Cuba negotiate ways around U.S. sanctions.

Only Congress can lift the embargo entirely, although Obama has used his executive authority to allow greater travel from the U.S. to Cuba, and U.S. banks are negotiating with Havana to allow them to operate on the island.

Marion Smith, the executive director of the Victims of Communism Memorial Foundation, a nonprofit group founded to highlight the plight of those who have suffered under communism, said he views Gacki’s visit to Cuba as the “latest blatant attempt” to show the regime how o get around trade embargo against Cuba.

“While it’s not surprising, it’s hugely frustrating for us,” he said. “The oxygen the regime is getting in terms of access to capital is something that we’ll have to deal with from years to come,” no matter who is elected president of the United States in November.

Treasury officials have sometimes met with Iranian government officials during international conferences focused on rolling back Tehran’s nuclear program, Smith acknowledged. But he said most of those meetings occurred at international conferences where officials from both countries just happen to be in the same place at the same time, instead of a trip solely devoted to meeting with Cuban officials behind closed doors with no transparency to the American public.

“If it was a technical-sharing of information about the existing sanctions and why they remain, that would be one thing,” Smith said. “But if it’s the sort of meeting that lets Cuba know what the enforcement or non-enforcement intentions are of the Obama administration with regard to the sanctions at this particular moment, that is hugely problematic and possibly illegal.”
http://www.washingtonexaminer.com/why-was-the-top-u.s.-sanctions-cop-in-cuba/article/2598200?custom_click=rss