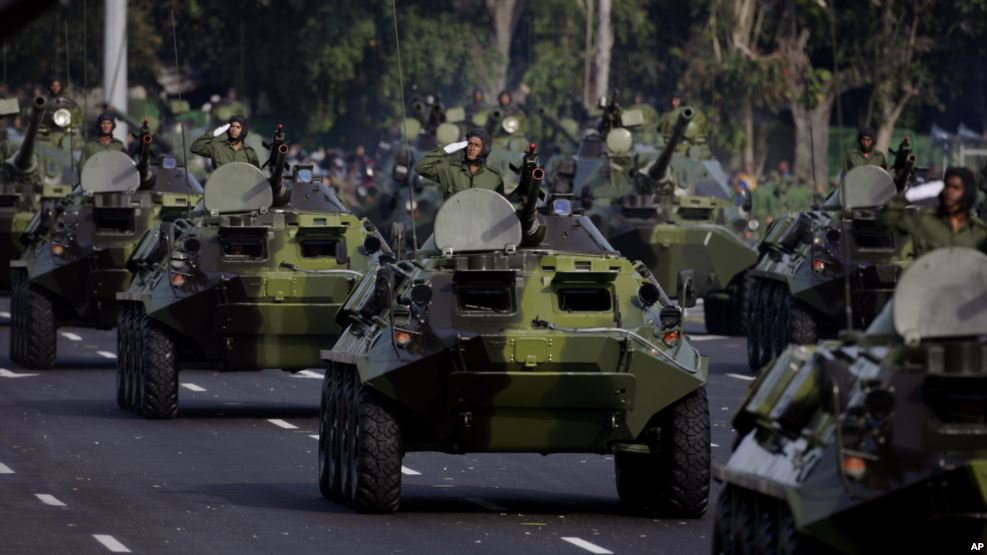 HAVANA, Nov. 10th (Reuters) Cuba on Wednesday announced a week of pre-scheduled nationwide military exercises to prepare for “enemy actions,” the day after the United States elected Donald Trump, who has threatened to unravel the U.S.-Cuban detente, as president.

The Communist-ruled island did not directly link the exercises, which will include troop movements and explosions from Nov. 16 to Nov. 20, to Trump’s victory.

The government has not issued any official reaction to the U.S. election outcome.

Cuba has held what it calls the “Bastion Strategic Exercise” every few years since 1980, often in response to moments of tension with its northern neighbor.

“The aim is to… raise the country’s ability for defense and the troops’ and people’s preparation to confront different enemy actions,” according to the announcement in the ruling Communist Party newspaper Granma.

Trump has threatened to reverse outgoing U.S. President Barack Obama’s moves to open relations with Cuba and end decades of hostility that began soon after the island’s 1959 revolution that overthrew a U.S.-backed dictator.

In the last two years, Obama has restored diplomatic relations with Cuba and eased trade and travel restrictions.

In Havana, many Cubans said their hopes for the detente to continue, bringing their country out of isolation, had been extinguished with Trump’s victory.

“Brace for what’s coming,” said Tomas Gonzalez, a 39-year old engineer on his way to work. “With Trump, I reckon we are headed back to the era of George Bush.”

Cafe waitress Adriana Perez, 30, said she saw no end in sight to the U.S. embargo that inflicted so much suffering on the Cuban people. “The embargo continues and our lives go from bad to worse,” she said.

Cubans are weary of what some describe as relations with the United States taking two steps forward and one step back. U.S.-Cuban relations deteriorated sharply during the Bush administration, which tightened the U.S. embargo on the island.

“With both the White House and Congress in Republican hands, there is nothing to stop Trump from keeping his pledge to resurrect the Cold War-era policy of hostility, despite opinion polls showing broad public support for engagement,” said William LeoGrande, a professor of government at American University.

The embargo on Cuba, which only Congress can lift, will unlikely be ended any time soon, political analysts say.

Still, they note that Trump’s stance on Cuba had flip-flopped over the years. Newsweek reported earlier this year that a hotel and casino company controlled by Trump had secretly conducted business with Cuba in the 1990s.

“His most recent statements indicate that he may not immediately reverse commercial, economic and political engagement, but may increase conditionality as a cost of expansion,” said John Kavulich, head of the New York-based U.S.-Cuba Trade and Economic Council Inc.

In a mid-October interview with CBS in Miami, Trump said he would do anything necessary “to get a strong agreement” with Cuba’s government, without providing specifics.