HAVANA, Jan. 17th  (AFP) – Roberto Fonseca has been enchanting jazz fans in Havana since he was 15. As the prodigious pianist once again heads a list of stars at the 35th edition of the Havana Jazz Festival, he spoke to AFP about his new — and ninth — album.

“Music is like water: it’s indispensible for life,” Fonseca said as he took a break from practicing in a cramped appartement in Havana.

“Aggua” — a misspelled word meaning water — is one of the tracks on his new album, “Yesun.”

The album’s name is a recognition of his African roots, combining the words Yemaya — the Yoruba goddess of the seas — with Oshun — a river deity venerated by many Afro-descendents in Cuba who practice the Santeria faith.

“Santeria is very present in my album because it’s part of me. Through my music I try to show and share my experiences, so the public can see where the themes come from.

“And the best way to do so is to explain it through music.”

Wearing a black hat — a sort of badge for jazz musicians — Fonseca refuses to be put in a box.

“Once, Miles Davis was asked about his style and he said: ‘give it the name you want.’ That’s how I am, that’s how I feel.”

“I consider myself a crazy, passionate, romantic musician whose piano is an extension of his body, with which he transmits his feelings,” said Fonseca, a former member of the Buena Vista Social Club.

He was born into a musical family: his father was a drummer and his mother a dancer at the Tropicana cabaret before becoming a bolero singer.

“There was always a lot of music in the house and … there were different styles from classical music to rock,” said Fonseca.

“In the way I compose you can sense there’s a lot of classical music, there’s rumba, there’s montuno sound, there’s hip-hop, there’s jungle … there’s everything.” 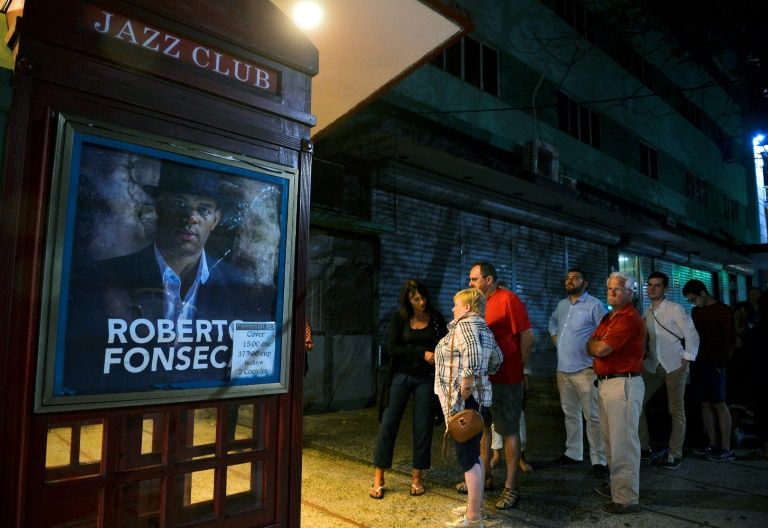 He began playing the drums at four years old before switching to the piano.

After enthralling crowds on his Havana Jazz Festival debut in 1991, he recorded his first album in 1998 and three years later joined the Buena Vista Social Club, the famous group of Cuban veteran musicians.

Now 44, Fonseca is due to share a stage with Omara Portuondo — a fellow Buena Vista Social Club member — in a concert in October to celebrate the singer-dancer’s 90th birthday.

Although he used to present his albums first abroad, he changed tact for Yesun.

“This time I wanted to do it differently. I wanted the first concert to be in Cuba to get the approval of my public,” Fonseca said.

The idea was given to him by Portuondo and the late singer Ibrahim Ferrer, a fellow Bueno Vista member and Santeria practitioner who died in 2005.

“They always told me not to forget where I’m from” but also “that I was free, that I was always daring.”

One of the 12 songs on Yesun called “Kachucha” includes the line: I’m from Cuba.

The album mixes traditional Cuban sounds with electronic music and the piano, which Fonseca plays in an almost trance-like state on stage.

He invited the likes of saxophonist Joe Lovano, Franco-Lebanese trumpeter Ibrahim Maalouf and Cuban rapper Danay Suarez to collaborate on the album, while his mother Mercedes Cortes also joined in with some backing vocals.

He’s due to present the new album in concerts at various US locations before moving on to Paris where he will play a gig on March 24. 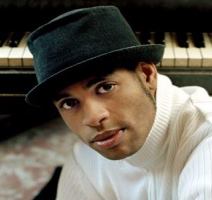 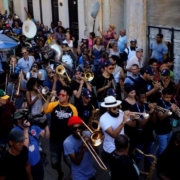