HAVANA, Jan. 16th  (Reuters) – New Orleans and Cuban brass musicians paraded joyously through Havana on Wednesday as part of the city’s annual jazz festival and in defiance of the Trump administration’s efforts to weaken U.S.-Cuba relations.

On a warm, blue-skied Caribbean day, passers-by joined in the conga or danced on the balconies above as the trumpeters, trombone and saxophone players marched through Havana’s eclectic mix of colonial, art deco and art nouveau buildings.

“The world is so separated right now … so moments like this are especially important,” said U.S. citizen Nicola Fuqua who came to Havana for the festival. “New Orleans and Cuba are so similar.”

Music has long formed a cultural bridge between Cuba and the United States regardless of the state of political relations, with Afro-Cuban rhythms like the habanera feeding into Afro-American music as early as the 19th century.

“We are hoping that with us coming over, this can open up the door to more collaborations and things the U.S. and Cuba can come together on,” Marcus Hubbard, trumpet player for brass band The Soul Rebels told Reuters during a rehearsal session ahead of the conga.

Cruises used to regularly connect New Orleans and Havana before Fidel Castro’s 1959 leftist revolution that prompted the United States to cut off diplomatic relations and impose a trade and travel embargo on Cuba that exists to this day.

The visiting New Orleans musicians said they were frustrated it was so hard to come to Communist-run Cuba due to President Donald Trump’s tightening of restrictions on U.S. travel to the Caribbean’s largest island.

That tightening has hurt Cuba’s tourism industry – one of the ailing economy’s top earners of hard currency – that had benefited from a brief U.S.-Cuban detente between 2014 and 2016 under Trump’s predecessor, Barack Obama.

“Americans love Cuba, they will always want to come, so different restrictions frustrate us just as much as it frustrates you guys,” said Hubbard.

While Havana’s jazz festival has long featured U.S. musicians and attracted U.S. visitors under exceptions to the travel embargo for educational visits, their presence for the 35th edition was striking.

Around 80 U.S. musicians from 22 bands, including The Soul Rebels, Tank and The Bangas and Big Chief Monk Boudreaux, are performing in the event that runs through Jan 19.

The U.S.-Cuba musical connection has run in the other direction. Cuban artist “Cimafunk,” or Erik Iglesias Rodríguez, who is taking part in the festival, spent the last year touring the United States with his new brand of Afro-Cuban funk. 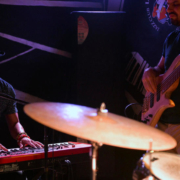 Russian tourist arrivals in Cuba increase by 30% in 2019