HAVANA, Jan. 20th (Reuters) Western Union is hopeful it will be able to resume offering money transfer services to Cuba

as it looks forward to policy steps beneficial to the firm under the U.S. Biden administration, its chief financial officer said on Tuesday.

The firm suspended operations across Cuba in November as new United States sanctions kicked in, cutting a key lifeline for many Cuban families at a time when the COVID-19 pandemic has worsened the island’s economic crisis.

U.S. President-elect Joe Biden has promised to roll back some sanctions on remittances, although in a move that could complicate any efforts by Biden to revive ties with Havana, the Trump administration last week announced it was returning Cuba to the U.S. list of state sponsors of terrorism.

“We’re hopeful that, putting aside any concerns that there may be from the administration standpoint, that they allow us to move the money for people who want to move money to their loved ones,” Raj Agrawal told Reuters.

Western Union, which on Tuesday announced an agreement that will offer its money transfer services at more than 4,700 Walmart stores across the United States, expects a further boost from Biden’s plans to deliver 100 million doses of COVID-19 vaccine within the first 100 days of his presidency, said Agrawal.

“It’s going to be good for the country to just have a new administration in place, just to bring some stability to the overall environment, I think that’s the main benefit we’re getting here, and just to bring some professionalism to the things that need to be done, including getting rid of the virus,” he said.

“We’re hopeful that some of the policies and things that they’ve talked about come into play because those things may be beneficial to Western Union.”

Western Union, which has a network of more than 550,000 retail agents in more than 200 countries and territories, expects an improved outlook for 2021 as the global economy revives from the pandemic and on expectations for additional U.S. government stimulus.

The firm’s agreement with Walmart, the world’s largest retailer, which pushed Western Union’s shares up 2.6% on Tuesday, will involve a rollout of the services to begin in the spring of 2021, the companies said Tuesday. 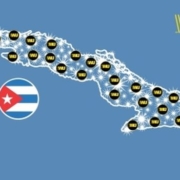 U.S. sets limits on money Cuban Americans can send to family in Cuba 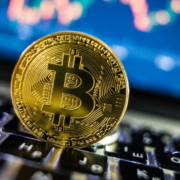