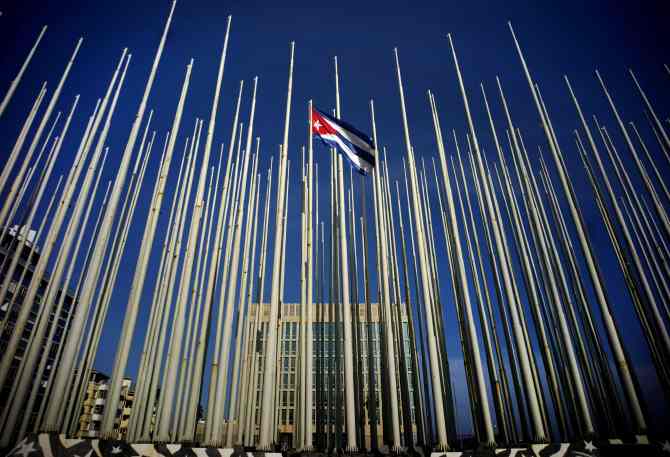 HAVANA, Sept. 29th (BBC) The US is to pull most of its staff from its embassy in Cuba, American media report, after reports that they suffered sonic attacks.

About 60% are leaving in response to the attacks on diplomats, senior unnamed officials were quoted as saying. It is also warning Americans not to visit the country because some of the attacks occurred in hotels.

More than 20 diplomatic staff have reported health problems. Cuba denies any involvement in the reported attacks.

Last week US Secretary of State Rex Tillerson said a decision whether to shut the embassy in Havana was “under evaluation”.

Diplomatic staff had suffered conditions ranging from mild brain trauma and hearing loss to dizziness and nausea, it was reported at the time. At least two Canadians have been affected by similar symptoms.

Who is leaving?
Officials quoted by the Associated Press say the US is ordering all non-essential staff in the embassy in Havana to leave, along with all family members. Only “emergency personnel” will remain.

They say the US is halting visa processing in Cuba indefinitely. They say the steps will remain until Cuba can assure the US its diplomats are safe.

What do we know about the attacks?
Despite an investigation involving the FBI, the Royal Canadian Mounted Police and the Cuban authorities, there is still no full explanation as to the cause of the incidents since late 2016.
The officials quoted by AP referred to “specific attacks” without saying whether they were sonic or otherwise.

Earlier reports suggested they were indeed sonic attacks in which staff in Havana were targeted by sonic audio waves, leaving several with chronic hearing issues.

Using an inaudible sound device for a stealth attack “is quite plausible from a technical point of view”, Denis Bedat, a specialist in bio-electromagnetics, told AFP news agency this week.
“Ultrasonic waves, beyond the acoustic capacity of humans, can be broadcast with an amplifier, and the device does not need to be large, or used inside or outside a house.”

He gave as an example the Active Denial System (ADS), an anti-riot gun used by US police forces that emits electromagnetic waves which produce a sudden unbearable burning sensation.

How have US relations with Cuba been?
President Raul Castro had reportedly given his personal assurance to the then-US charge d’affaires in Havana that Cuba was not behind the attacks.
The US reopened its embassy in Havana in 2015 following decades of frozen relations.
In 2016 President Barack Obama became the first sitting US president to visit Cuba since Calvin Coolidge in 1928.

In June President Donald Trump announced a partial roll-back of Mr Obama’s Cuba policies but said he would not close the US embassy in Havana.