The plant will contribute to the country’s domestic market, although at the moment it is only working at 45 percent of its capacity, in a single production line.

In this first stage, as indicated by Luis Alberto González Hernández, president of the company of Richmeat Cuba S.A., it will insure 180 tons of processed meat products, mainly minced meat, according to its page on the ZEDM portal

González added that this is just the beginning of a great road ahead, and many of the goals they want to achieve on the island, said the Agencia Cubana de Noticias (ACN) news agency.

So far the plant has 42 workers who work in one shift, of which 90 per cent are Cuban, and it is expected that soon it will start expanding its operations in the island’s market.

Richmeat uses Cuban raw materials and a group of cutting-edge technology in its production, following the highest international production standards.

The Mexican ambassador to Havana, Miguel Ignacio Díaz Reynoso, valued the opening of this company as a sign of the confidence of Mexican entrepreneurs in the island’s market and the excellent state of bilateral relations between his country and Cuba.

In this plant there is mutual trust and security in the future of the country, that is why the promotion of Mexican exports to the island and the follow-up of successful projects of Mexican investors such as this one is a very important element in relations between both nations, the Mexican official said, according to ACN.

Mexican entrepreneurs’ interest in establishing themselves in this country is increasing by the day, which is why his government ratifies the commitment to boost the participation of its private sector in updating the Cuban economic model, Díaz Reynoso said. 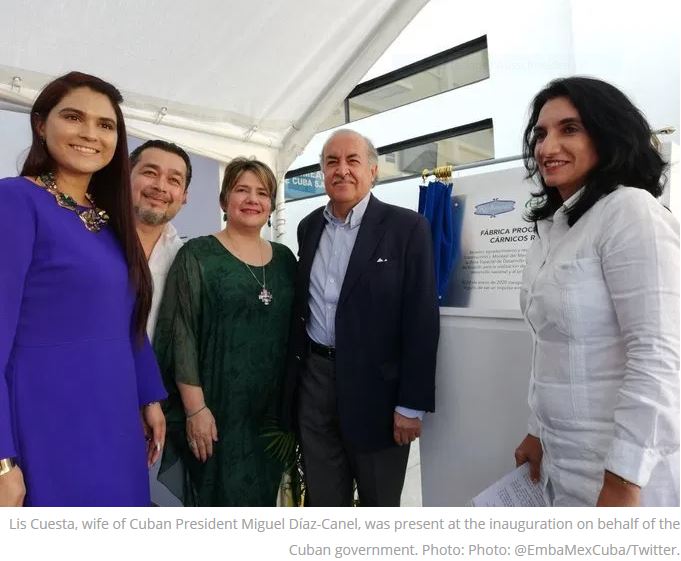 The deputy director of the ZEDM, Yanet Vázquez Valdés, affirmed that the work of the plant will not only provide quality products to the domestic market but also contribute to the substitution of imports due to the use of national raw materials.

“This factory is an obvious manifestation of the recognition of the opportunities offered by the Cuban market, as well as of the confidence in the country’s policy to favour the establishment of foreign direct investment and guarantee its protection,” she said.

Richmeat has 100 per cent Mexican capital and its entry into the island’s market was approved in 2015.

Mexico is one of Cuba’s main allies in the region and both governments have increased trade cooperation and signed several agreements in recent years in sectors such as hospitality, tourism, education and the food products market. (Oncubanews)