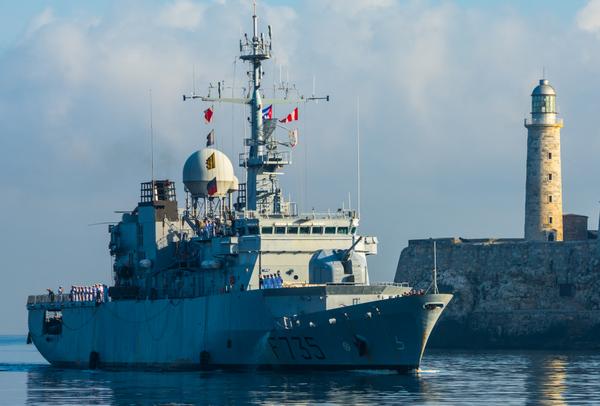 HAVANA, June 13  The “Germinal” frigate from the French National Navy arrived in Havana’s port on Sunday for a four-day friendly visit.

The French F-735 light monitoring vessel, with a crew of around 100 sailors, was welcomed by Sea Captain Jose Luis Souto Galindo, second in command of Cuba’s Department of the Navy, and French ambassador Jean Marie Bruno.

The commander of the “Germinal,” navy captain Michel Vaxelaire, said this has been their third visit to Cuba since 2012. They hope the visits will boost ties between the two countries and also help them learn about Cuba’s culture.

Based in the French port of Fort-de-France in Martinique, the “Germinal” is a Floreal class vessel measuring 93 meters in length and weighing 3,000 displacement tons.