Unlike past years, the conversation these days is about whats happening in real-time, not some far-off future. A cruise ship sailed from Miami to Cuba for the first time in decades last May following the normalizing of relations between governments. This year, several more will visit — some on a regular basis.

At the annual Seatrade Cruise Global conference in Fort Lauderdale last week, executives were enthusiastic about the response so far, realistic about the challenges, and uncertain what the new U.S. administration will bring.

Here are some of the main points we heard during the conference.

SHIPS HAVE A UNIQUE ADVANTAGE

Some airlines are already cancelling or cutting back Cuba service because there is more supply than demand, but cruise lines are not running into that problem. One important factor: When a passenger books a cruise to Cuba, they already have a built-in room and don’t have to worry about limited hotel capacity.

“I find it interesting that the cruise industry is so much in the centre of the discussion — the advantage the industry has,” said Richard Fain, chairman and CEO of Royal Caribbean Cruises. “Nobody’s talking about, ‘Oh, this is great for the hotel industry, this is great for the airline industry.’  But cruising offers an opportunity to visit ports of call, places that otherwise it would be a little more difficult to visit.

“Even though Cuba today is an insignificant part of any of our businesses, I think it says something. It will grow and eventually it will be significant to us, but I think it also says something about one of the great attributes of cruising is that we bring that whole infrastructure with us.”

INFRASTRUCTURE AND REGULATIONS ARE STILL LIMITING

While he described the island as a “perfect destination” for its cultural heritage, nature, and beaches, he said the infrastructure is challenging.

Fusaro said sailing in Cuba has been a “learning experience” for the cruise operator — but one with a financial benefit.

“The returns are fantastic, but it’s very challenging operationally,” he said.

Camille Olivere, Norwegian Cruise Line’s senior vice president of sales, said the line only has a couple of ships in the market that would be a fit for Cuba. Norwegian is sending the 2,004-passenger Norwegian Sky on four-day trips from Miami starting in May.

“I think as the infrastructure builds, you’ll see all of us bring bigger, more exciting ships,” she said.

Carnival Cruise Line will start sailing to Havana from Tampa in June. Christine Duffy, the line’s president, said another hurdle is that going to Cuba requires a lot more from passengers. Because the U.S. embargo is still in place, Americans are still only allowed to visit Cuba for approved reasons. Most passengers go for the purpose of cultural exchange.

“A cruise that includes Cuba, there’s a lot more involved,” she said. “We have a lot of guests who don’t have passports. You’ve got to have a passport.”

Sister line Fathom, which will stop operating this spring, was the first to go to Cuba from America — which Duffy said has helped Carnival  prepare. Still, she said, the complexity of explaining Cuba requirements to passengers has been surprising.

“It’s interesting to see how many Americans really will take advantage of the opportunity to go in,” she said.

“I think that Cuba’s going to be a home run for us,” Del Rio said.

The first five sailings from Miami and Havana on Norwegian Sky that opened for sale “have sold like nothing else we’ve seen before,” he said. Trips on Oceania and Regent sold at “meaningfully higher prices.”

“We’re not sure whether those meaningfully higher prices will be sustained as we add more,” Del Rio said. “Havana and Cuba, in general, have been very well received by our guests.”

When Oceania’s Marina visited the island recently, passengers bought twice as many shore excursions than they do in any other Caribbean port, he said.

“Part of that is the pent-up demand,” Del Rio said. “Also Havana has a lot to offer. It’s not a typical Caribbean port.”

Carnival’s Duffy said she is hopeful that adding Havana will draw newcomers to cruising — even if they ultimately don’t end up going to Cuba.

“All the coverage, media, has been positive overall, even for somebody that may decide ‘I’m not going to go to Cuba,’” she said. “It’s piqued their interest for cruising overall.”

NO ONE KNOWS TRUMP’S NEXT MOVE

President Barack Obama took multiple steps to make travel between the U.S. and Cuba easier before he left office. It’s unclear whether President Donald Trump will follow the model of his predecessor or take a harder stance against the Cuban government.

If cruise executives have any sense of what Trump is thinking, they didn’t let on this week.

“Who knows what the administration is going to come up with?” asked Carnival Corp. president and CEO Arnold Donald. “I have no particular insight on that.”

He and Del Rio both said lifting the embargo would be in the best interest of Americans and Cubans.

At one discussion, panellists joked — a little nervously — about what the president might do.

“He hasn’t tweeted about it yet, so we don’t know,” Oliver said.

Duffy replied: “Let’s not put it on his radar.” 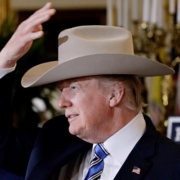 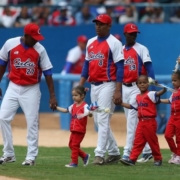 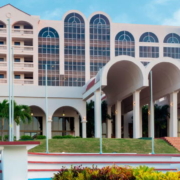 Torreon de La Chorrera Regatta off the coast of Havana