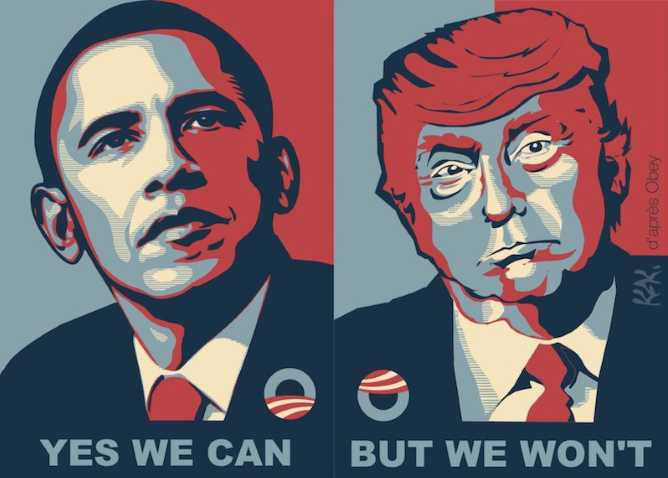 HAVANA, June 16th (Reuters) U.S. President Donald Trump’s decision to roll back his predecessor’s opening toward Cuba will spare airlines and cruise operators who have bet on a new revenue source, but the rollback could affect them by weakening demand.

Trump on Friday ordered tighter restrictions on Americans traveling to Cuba and a clampdown on U.S. business dealings with the island’s military, reversing the trade and travel rapprochement by the previous president, Barack Obama, that senior administration officials said enriched Cuba’s “oppressive regime.”

The new policy will ban most U.S. business transactions with the Armed Forces Business Enterprises Group, a sprawling conglomerate involved in all sectors of the economy, including the hotel and hospitality industry, but make some exceptions, including air and sea travel, the officials said.

The president’s directive will essentially shield U.S. airlines and cruise lines now serving the island but dim a potentially bright outlook for travel growth between the countries.

“It’s going to frustrate airlines who scheduled service on the premise that travel restrictions would eventually be removed,” said Robert Mann, an analyst at R.W. Mann & Co. “It was an ‘if you build it they will come’ kind of a philosophy.”

Airlines for America, an industry trade group, said airlines are reviewing the directive and “will continue to comply with all federal rules and regulations regarding travel to Cuba.”

Obama’s initial opening prompted a dash to launch flights into Cuba in mid-2016. Some early entrants, including smaller carriers Frontier Airlines, Silver Airways and Spirit Airlines Inc, have pulled out.

Under new restrictions by the Trump administration, an authorization allowing person-to-person travel will be eliminated, tightening the already limited justifications for travel to the tourism-restricted island.

“From the appearances, it will put the demand for Cuba back to where it was from the charter era, but with the advantage of scheduled flights,” Mann said.

Cruise operator Carnival Corp downplayed any impact from the change, saying it was “pleased” its ships could continue to sail to Cuba.

U.S. cruise operators and airlines could lose around $712 million in annual revenues if the Trump administration fully reinstates restrictions on travel, Washington lobby group Engage Cuba said in a recent report. (For a graphics package on travel to Cuba, see: tmsnrt.rs/2rBfMTI

While Trump’s new policy avoids the worst-case scenario of cancelling all commercial flights or severing diplomatic relations, it will still be a blow to a travel sector betting on Cuba as a new high-growth market.

“It’s a huge island,” David Scowsill, chief executive officer of the World Travel & Tourism Council, told reporters before the White House detailed the new policy. “There’s lots of potential for U.S. businesses to do business, and of course it’s a great leisure destination in the Caribbean for people to go on vacation.”

Marriott International Inc on Friday urged the White House to improve relations with post-Castro Cuba and recognize tourism as a strategic tool in the effort.

Marriott, the world’s biggest hotel chain, operates the Gaviota 5th Avenue Hotel, which is owned by the Cuban military.

The Treasury Department said on its website that travel-related commercial engagements established before new regulations from the Office of Foreign Assets Control will be permitted, which appears to exempt the Marriott venture.