HAVANA, May 25th Cuban authorities suspended the operations of the branches of the official exchange house at the island’s airports that allowed passengers to buy dollars at the official rate of 24 X 1.

The measure is the most recent sign of the absence of dollars on the island and whose price on the street has more than doubled to 55 X 1.

The illicit market is now the only place for travellers to obtain dollars for use abroad.  The bank cards they use in Cuba have no use outside the island. Tourists must use up or give away any Cuban pesos they have at the end of the stay.

The state-run CADECA (money exchange) announced through the press the closure of the currency exchange in international air terminals, where even before the limit was $300 dollars.

CADECA is the only entity with a license to exchange foreign currency to individuals and since last year the airport branches were the only ones in which Cubans and foreigners could acquire dollars at the official price if they showed that they were passengers.

Lizaida Merodio asked herself in the same network: “Are the measures taken here to harm us or to benefit the illicit market?”

In its message, CADECA argued that the decision was due to the considerable reduction in tourism since April 2020 due to the pandemic and the absence of foreign exchange to offer to individuals.

Cuba went from receiving four million visitors in 2019 to one million in 2020 but concentrated before covid-19 forced it to close part of its borders and paralyze flights.

In addition, in January 2021 the authorities began a profound financial reform that included the monetary and exchange unification of the country, which then operated with Cuban pesos and convertible pesos, the latter on paper at parity with the dollar. The reforms included major pay increases in the State sector and a considerable price increase in goods and services.

Meanwhile, due to the economic crisis and shortages, the government opened stores in which you pay with a debit card backed in dollars. Family abroad can deposit funds in these cards. Cash cannot be withdrawn.

However, the majority of Cubans are not lucky enough to have relatives abroad. The result was an escalation in the price of the US currency on the illicit market that the unfortunate need for their purchases in these stores.

The dollar reached 55 Cuban pesos on the illicit market on Friday, more than double the official price.

The authorities admitted the problem. “We have to recognize that issue [the gap between official and illegal exchange] that is present in the economy,” said Deputy Prime Minister and Economy Minister Alejandro Gil last Thursday.

He confirmed nonetheless that the official exchange rate will be maintained at 24 pesos per dollar with which state companies operate. Almost all non-government economists believe maintaining that unreal exchange rate is a mistake. (HT) 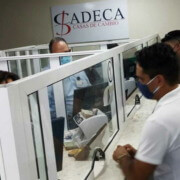 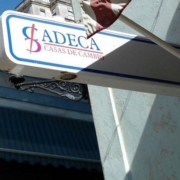 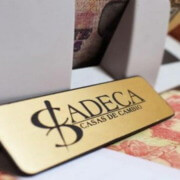