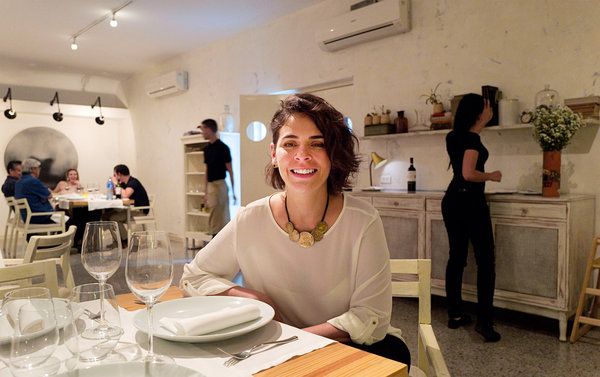 Amy Torralbas owns Otramanera, an ultramodern restaurant in Havana. She said Cubans are often shocked to find out they need a reservation. Credit Eliana Aponte Tobar for The New York Times

HAVANA, April 6th (NewYorkTimes) Cubans sometimes joke that of all the lessons living under three generations of communism has taught them, by far the most important is learning how to wait.

So it’s a little surprising that as capitalism creeps in — the introduction of private ownership has created a thriving restaurant scene — people here are discovering, to their dismay, that they need to book reservations to get into their favorite places for dinner.

It’s just one of many dislocations that restaurateurs and diners are facing as two economic worlds collide in the new, more American-friendly Cuba.

“Until six months ago, I was able to show up with two people and eat somewhere that’s considered one of the fancier restaurants in Havana with no problem,” said Imogene Tondre, 34, an American-born cultural coordinator who has lived in the city for six years and is married to a Cuban. “Now the ones that take the big tour groups are always booked. And even the restaurants that are geared more toward the Cuban population are often very full.” 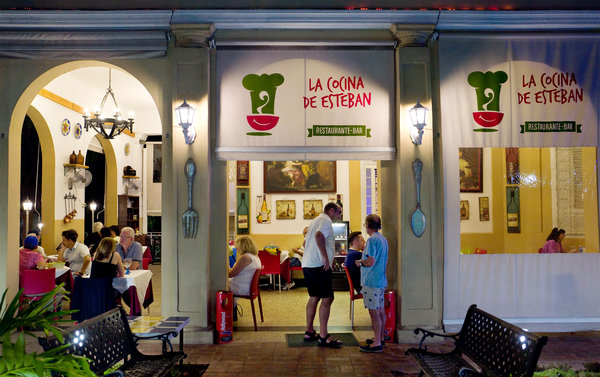 La Cocina de Esteban in Havana serves Italian, Spanish and Cuban cuisine, but an owner said it can be difficult to obtain even staples like coffee. Credit Eliana Aponte Tobar for The New York Times

Many Cubans are shocked. “They arrive and say: ‘What? I need a reservation from a day before? That’s ridiculous!’” said Amy Torralbas, 31, the owner of Otramanera, a gated ultramodern restaurant that serves a blend of Cuban and Mediterranean cooking.

At first glance, the problem wouldn’t seem to be a shortage of places to eat. Antonio Diaz, a University of Havana economics professor, estimated that several hundred viable restaurants have sprouted since 2011, when the government loosened crippling restrictions on privately owned restaurants, or paladares. With that has come a much wider variety of cuisines, from Spanish-style seafood to Japanese sushi, reflecting the desires of a public with an increasingly cosmopolitan palate.

But demand is also growing exponentially, thanks to a flood of international tourists — 3.52 million in 2015, among them 161,000 from the United States, or nearly double the number of Americans in 2014, according to Reuters. And though restaurateurs have freer rein than at any time since the 1950s, they still have to grapple with the byzantine, sometimes nonsensical rules that come with owning a private enterprise in a communist country. By law, for example, restaurants are limited to 50 seats or fewer.

The island’s economy runs on dual currencies: the Cuban convertible peso, or CUC, meant primarily for tourists, and the local peso, or CUP, which Cubans use for most day-to-day transactions. Restaurants must run on a mix of both, accepting payment mostly in CUCs but using CUPs for supplies and wages.

A restaurateur wishing to expand to a second location runs smack into restrictions on property ownership that limit an individual to one site in Havana and another elsewhere in Cuba. (Entrepreneurs with dreams of food empires get around those laws by exploiting loopholes and shuffling deeds among siblings, parents and children.) 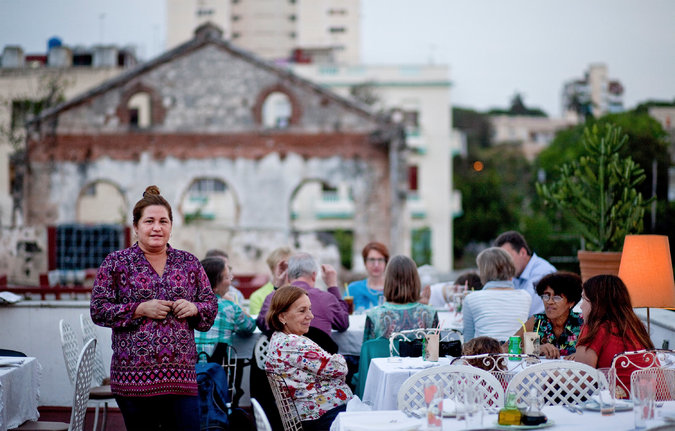 Then there’s the constant struggle of running a food business in a country that lacks capitalist institutions as basic as a wholesale market, and where staples are often in short supply.

“If I want to buy a kilo of coffee, I need to go to two, three, six stores all around Cuba sometimes,” said Renan Cesar Alvarez, 74, an owner of La Cocina de Esteban, a brightly lit restaurant serving Italian, Spanish and Cuban cuisine a few blocks from the University of Havana. “It’s the same with sugar, rice, the drinks, everything.”

“I prefer people with no experience,” said Niuris Ysabel Higueras Martínez, 41, an owner of Atelier, which sprawls through several art-filled rooms and the rooftop of a mansion in the Vedado neighborhood. “I prefer teaching my own service.”

At Otramanera, servers are educated about the menu, wines and the startling fact that some foreigners abstain from meat.

“In Cuba, there wasn’t a culinary culture, and so now we are learning about the first dish, the main course, about the wine that comes with the food,” Ms. Torralbas said. “For example, in Cuba, there weren’t many vegetarian people; we didn’t know anything about that. So now we’re learning how to be prepared for these types of people.”

Some North American and European dining habits are evidently rubbing off on Cuban diners as well: Cellphone-toting food fanatics can download apps like AlaMesaCuba that allow them to look up and rate Havana’s newest restaurants.

“It’s a complete shift in consumer culture,” Ms. Tondre said. “Some of these restaurants have been around for 25 years, and there’s never been a way to rate them before. And people are starting to recognize the power they have.” 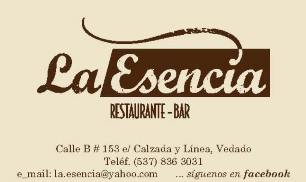 For average Cubans, the notion of rating or even reserving tables remains hypothetical, as the new CUC-based restaurants are simply unaffordable for nearly everyone.
For them, eating out means a visit to a CUP-based state cafeteria or a tiny takeout place — often someone’s kitchen window — where croquette sandwiches or doughy pizzas cost about 12 local pesos, or 48 cents.

And even those Cubans who can afford a restaurant meal are quickly learning that there’s no guarantee they can book a table days or even weeks in advance in several of the most popular restaurants.

“We’re a spontaneous country, but the people will just have to get used to it,” said Delia Coto, 48, a Havana theater director having lunch at Otramanera. “People will have to learn to plan ahead.”