One of our first thoughts, as car lovers, when Cuba resumed diplomatic relationships with the US was: “what will happen to the cars?” It’s a well-known fact that Cuba is like a time-capsule for classic American cars, built prior to 1959.

HAVANA, Dec. 12th Sure, most of them don’t have the original engines and have been heavily modified – not in a good way – but they’re still wonderful pieces of history. Fellow car nut and Road & Track contributor Jonathan Ward feels the same, so he embarked on an amazing journey through the Cuban automotive landscape. He came away with some great stories… and a great barn find.

While in Havana, Ward met a woman who told him about an old Aston Martin left behind by a British official, who couldn’t export the car back to England. No cars manufactured in or before 1959 can be legally taken out of Cuba. The woman claimed to have it in a shed on her farm outside the city, and wanted to get some idea about the potential worth of the car, now that Cuba was starting to open up towards the outside world again.

So Ward went there a few days later and opened the doors to find a rare Aston Martin DB 2/4, of which less than 800 were produced, between 1953 and 1957. The car turned out to be even rarer than he first thought, as it was a left-hand drive 1958 model that came with a racing-spec engine.

Sadly, although Aston Martin confirmed the details about the original engine, this had, of course, been replaced. In the cruelest of fashions, a Lada engine was put in instead, along with Lada dash and steering column. The blasphemy!

Aston Martin even suspected that the car was in Cuba, but it couldn’t do anything about it. According to Ward, the company was glad to hear about the DB 2/4 being found but didn’t seem interested in its restoration. Although it would be an expensive and very difficult project, maybe Ward, a car restorer himself, can do something about the dusty jewel. 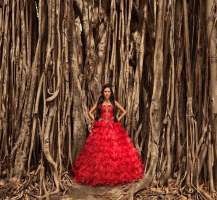 The Heirs of Meyer Lansky Want Compensation from Cuba

3-D images to get virtual view of Havana streets