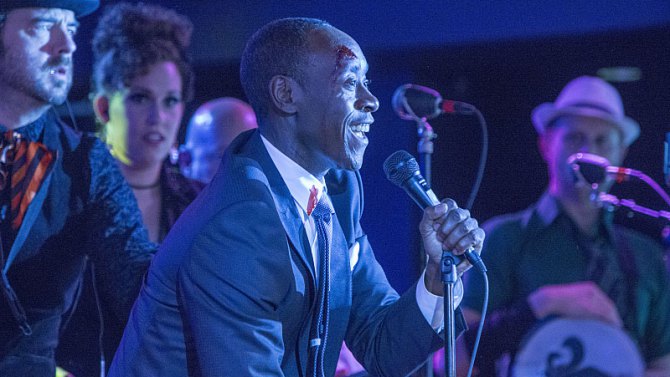 HAVANA, Jan. 6th Don Cheadle’s Showtime comedy “House of Lies” will film one episode of its fifth season in Havana, making it the first U.S. scripted series to film in Cuba since the countries’ diplomatic relations were restored last summer.

The dramedy stars Cheadle as a fast-talking and cunning management consultant who heads the firm Kaan & Associates. This season, he has his heart set on global domination as he tires with landing the fat-cat clients who have made him a mogul. This results in a trip to the City of Columns for him and his coworkers (aka his “Pod”) made up of Jeannie (Kristen Bell), Clyde (Ben Schwartz) and Doug (Josh Lawson).

The shoot is done in compliance with the U.S. Department of Treasury pursuant to an Office of Foreign Assets Control (OFAC) license and follows all appropriate U.S. laws.

“Marty and the Pod have traveled the world to land clients,” said Cheadle. “But this historic trip to Cuba is definitely Kaan & Associates’ biggest and wildest adventure yet. It’s sure to be one for the record books, for both our characters and for our cast and crew. We’re grateful to Showtime, our production team and everyone who worked so diligently to make this trip happen.”

The fifth season of “House of Lies” premieres later this year. The series is produced by Showtime and was created by Matthew Carnahan, who exec produces along with Jessika Borsiczky, Cheadle and David Walpert.

This isn’t the only Showtime show to build bridges with foreign locations. Last year, spy drama “Homeland” filmed in Berlin after receiving a $1.1 million grant from German film and TV fund Medienboard.

Discovery Channel’s automotive-themed docu-series “Cuban Chrome,” which premiered in July, was the first U.S. series to film in Cuba since restored relations.

For Southwest Havana Is Key

Wilfredo Prieto reflects on works currently on view in Havana

Cuba May Use Middlemen for Flights to U.S. ‘Fast and Furious 8’ Eyeing to Shoot in Cuba
Scroll to top