HAVANA, July 14  It is a low season for tourism in the historic center of the capital of Cuba.

At least that is what the self-employed people who drive horse-drawn carriages in that area say, and who in the last few years had become an attraction of the preferred ones by the tourists who traveled on the cruise ships.

The multitude of Americans who used to arrive on the island on cruises stopped gathering smiling and bubbling to tour the colonial streets after the Donald Trump government prohibited them from coming this way. And as travelers of other nationalities prefer the famous beaches to the warm Havana, the carriages that once roamed foreigners in the area now struggle to survive.

These carts pulled by horses that visitors usually hire are a fixed element of the landscape of this city with its varied architecture that is about to reach 500 years of existence.

However, the decline in tourism is a challenge for the members of the cooperative that make up the owners of these cars: for them, it means less money to support their families and keep the cars and their animals. A tour can cost between 25 and 30 dollars for an hour, providing a decent salary to drivers.

An average of 20 cars walk the streets of Old Havana on a day of the high season. Until a few weeks ago they were full of Americans who arrived from the cruises a few meters from where they have their place of concentration.

The tradition of horse-drawn carriages in Cuba began in the fifteenth century when they were used by Spanish settlers to transport cargo. After the cars were introduced to the island in the late nineteenth century, they became a secondary transport, although many communities in the country depend on them to move the population and merchandise.

Since the beginning of 2014, the horse-drawn carriage business in Old Havana has become a cooperative run by the workers themselves – called “El Carruaje” – which includes 124 drivers.

It was established as part of an effort to remove hundreds of thousands of Cubans from the state payrolls with the delivery of some activities to individuals. Now, these cooperative members are struggling to stay sustainable with fewer Americans walking the streets and tougher sanctions by Trump, which reduces the number of visitors and their income 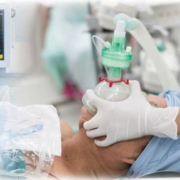 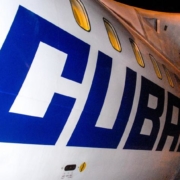