HAVANA, Oct. 7 (AFP) After nine months of closure, Miguel Carmache would have liked to go to a restaurant in Havana but,

put off by the rates, he shares a bottle of tequila with his friends on the rocks. “Of course, I would like to be seated there”, said this thirty-something, indicating, a few meters from him, the terrace of the restaurant Bom Appetite, where twenty customers are happily seated on the seaside promenade. Primera and 70. “But I can’t, my salary doesn’t allow me. “

Ten days ago, bars and restaurants across much of the country, including Havana, reopened. They had been closed since January due to the pandemic.

But, after the joy of the good news, came the cold shower: exorbitant prices, which prompted many to post photos of their additions on social networks, with scandalized comments.

Employed in construction, Miguel Carcache quickly gave up and prefers to sit facing the sea with his friends. “If I earn 3,000 pesos a month ($ 125) and a beer costs 150 (six dollars), can I come here (to the restaurant?) No. It’s crazy, even in Dubai the prices aren’t that high.

Sitting on the terrace of the restaurant, Cary Merlin, a 36-year-old doctor, enjoys with his friend Alexis Fernandez, also a doctor, his first outing since the reopening.

“We are well aware that there are people who cannot afford it, sometimes we cannot,” she admits. “The prices are a bit too high,” adds Alexis.

By announcing “a necessary reopening”, the Minister of Internal Trade, Betsy Diaz, underlined the “complex situation” caused by the “shortage of essential products”, and warned that “the price panorama” would be “different”.

Cuba is experiencing its worst economic crisis since 1993, as a result of the pandemic which has deprived it of tourism, its engine, and the strengthening of the US embargo.

As a result, the authorities have drastically reduced their imports, exacerbating food and drug shortages. And the monetary reform adopted in January has certainly revalued wages, but prices have risen even more.

Moraima Cabrera, 59, owner of Bom Appetite, admits: its prices “are a little high.” But “they’re not the most expensive” among the seafront restaurants, she defends herself, citing her most affordable dish, the Neapolitan pizza, which costs the equivalent of eight dollars.

The bottle of tequila that Miguel bought on the street with his friends cost him 700 pesos ($ 29). In the restaurants on the promenade, it is sold for 100 dollars, 13 less than the minimum wage.

And “prices (…) are changing every day, unfortunately”, so “if today the price (of pork) goes up, tomorrow I have to increase my prices”, explains Moraima. 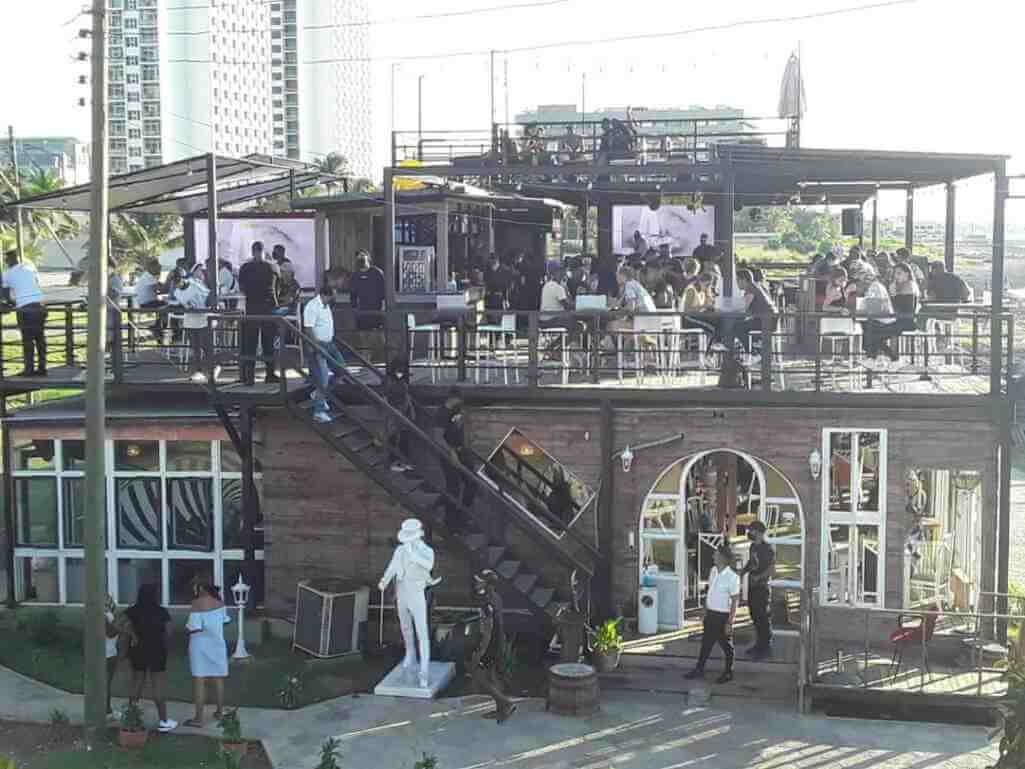 According to official figures, pork, a typical dish in restaurants on the island, has seen its price skyrocket over the past two years from 35 to 130 pesos per pound, a price now inaccessible to most Cubans.

It has become “a premium food,” economist Pedro Monreal quipped recently on Twitter.

In addition to the shortages, the owners of bars and restaurants are faced with a monetary puzzle: to obtain raw materials, they have to import them in foreign currency or buy them in wholesale stores, where it is inevitably necessary to pay by card in currency. freely convertible (MLC, indexed to the dollar).

However, dollars cannot be found in banks and exchange offices.

“We have to go get the dollars on the black market” where they are sold for 65 pesos per unit, against an official rate of 24, and “then sell in national currency at a high price”, otherwise “we will not get away with it. not, ”admits Arturo Sanchez, 26, owner of a bar.

Enough to boost inflation, expected to be between 400 and 500% this year.

The only hope on the horizon: the reopening, from November 15 to foreign tourists, who will be able to pay.

“We are all counting the days until then,” says Moraima.