HAVANA, Oct. 23th Cuba wants to become the next frontier for aquaculture investment as the government seeks to address the worst food shortages the island has experienced since the collapse of the former Soviet Union.

Pescario, a state-owned fishing company, is building five hectares (12.4 acres) of fish ponds in western Pinar del Rio province that could yield 100 metric tons of either catfish or tilapia in harvests between 2019 and 2020, project consultant Luis Remedios told Undercurrent News.

“We are open to exchange, and even more to investment, in aspects that we can’t advance as much as we would like given pressures from our powerful neighbors,” Remedios said.

Cuba is forging ahead with a plan to further open its economy, even as it copes with tougher economic sanctions imposed by the US administration of Donald Trump. President Miguel Diaz-Canel nation is targeting food investment in light of growing food shortages that have worsened since Trump reverse the policies of his predecessor Barack Obama in restoring relations with Cuba.

The sanctions forced the Cuban government to re-introduce rationing amid the reappearance of food lines not seen since the collapse of the Soviet Union in the 1990s. The sanctions allegedly hurt Cuba’s access to foreign capital that it uses to import food. The Caribbean nation imports about two-thirds of its food need at a cost of $2 billion a year, according to the Associated Press.

Cuban President Miguel Diaz-Canel in a May speech identified aquaculture as one of the fastest ways to boost domestic food and protein supply. He said that everyone should contribute “as much as they can to combine national interest with those of different economic actors”. 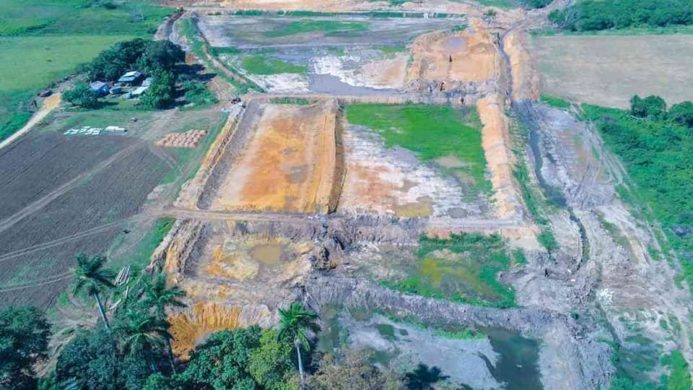 Cuba is seeking to emulate the economic success stories of China or Vietnam by infusing capital with socialist policies. Donald Trump gave a rousing speech to the United Nations in September in which he accused socialist regimes of having killed at least 100 million people in the past century. He singled out the Cuban administration of having contributed to economic demise and political oppression in Venezuela.

Cuba has farmed tilapia in extensive ponds for decades. The country introduced Chinese carp species in the late 1970s and reached peak aquaculture output of 20,000 metric tons a year before a sharp decline, said Remedios. Pescario’s current project is 80% complete in pond construction

Tilapia is the easiest fish to farm and can be considered as an early entry point into aquaculture, said University of Arizona Kevin Fitzsimmons, who is involved in the development of Myanmar’s aquaculture industry. Countries such as Egypt have built an industry from zero to two decades ago to become the world’s second-largest tilapia farmer after China, with more than 1 million metric tons of output.

Cuba is looking to supply its internal market first but is also open to building an export-focused industry, Remedios said. The project will be the first time that the state company attempts to grow fish using tanks and a semi-intensive or intensive system, he said.

Foreign companies and other organizations are currently curtailing business activities with Cuba in order to comply with US sanctions.
(undercurrentnews.com)

Cuban cooperative will sign contract with German company during FIHAV 2019