HAVANA, 14 Jan. (AFP) Havana will close its schools, bars and restaurants on Thursday and shut down all public transport at 9:00 p.m. due to an upsurge in coronavirus cases, Cuban authorities said on Wednesday.
The ban on the movement of vehicles and people between 7 p.m. and 5 a.m., first announced by the state media, was finally removed from the list of measures to come into force, as was the total suspension of public transport, however, circulation will be restricted to the hours of 5 a.m. to 9 p.m.
Bars and restaurants will be closed, only take-out and home delivery of food being allowed. “Severe fines with large amounts” are foreseen for failing to comply with these rules or for wearing a mask incorrectly, the state newspaper Tribuna de La Habana said.
In 2020, schools in the capital had closed from mid-March to the end of October, those in the rest of the country reopening in September because the pandemic was less present there.
Cuba, a country of 11.2 million inhabitants which had succeeded in controlling the spread of the disease on its territory, allowing it in the fall to restart economic activity and reopen its borders to tourism, has since faced several weeks to record contamination figures. Health authorities on Wednesday announced 550 new cases in the past 24 hours, bringing the total to 16,044 including 158 deaths.
At a meeting of the Defense Council of the province of Havana, it was decided “the interruption on Thursday of classes and inter-provincial transport, even if the transport of goods is maintained,” Tribuna de La Habana said.  During this meeting, “it was underlined the importance of leaving free access to trucks and other means of supplying vegetables, fruits, meats and other types of food, to the markets and outlets of the city”, in these countries with recurrent shortages.

Classes will be taught via television starting Wednesday, January 20, Education Minister Ena Elsa Velazquez announced on Twitter. In recent weeks, the island had started to apply measures to try to curb the rebound of cases, in particular by limiting since January 1 the flights from the United States, Mexico, Panama, the Dominican Republic, the Bahamas and Haiti. Since January 10, it also requires a negative PCR test to anyone arriving in the country.
14/01/2021/by Havana Live
https://havana-live.com/wp-content/uploads/2021/01/0d224d542074db6bf72402a06bbb38364bf599e3.jpg 490 769 Havana Live https://havana-live.com/wp-content/uploads/2018/09/logo_havana.png Havana Live2021-01-14 07:44:502021-01-14 08:05:32Cuba closes schools, bars and restaurants as coronavirus rebounds 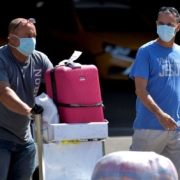 Cuba places all tourists in solitary confinement from Tuesday 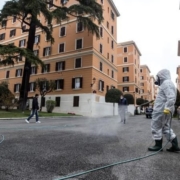 Carnival CEO Ready to Readjust for Cuba
Scroll to top