HAVANA, March 21th  Terminal 3 of the José Martí International Airport in Havana is crowded with people trying to leave …of Cuba before their countries close access and after the measure announced by the Cuban government of the partial closure of the borders as of Tuesday.

The CNN correspondent in Cuba, Patrick Oppmann, shared a photograph showing a crowd of people waiting to check-in, quite crowded, and some using nasobucos.

The journalist said that now it is mandatory to measure the temperature of everyone who enters Cuba, which is why all processes at the airport are much slower than usual.

Oppmann was puzzled by the number of tourists who are entering Cuba before the restriction is applied on Tuesday, despite the fact that the World Health Organization and health authorities in almost all countries advise staying in their countries and, more specifically, in their homes.

In addition, he said that after the measure announced by Cuba this Friday to close the entrance to tourists to the island for 30 days, he had received many questions from people who planned to travel to the island soon.

“I am not sure why when almost all the governments in the world have told people to stay in their place, many still go on vacation. If you travel, you could get sick, make others sick, or get stuck for a while. prolonged in a foreign country, “he said.

“Cuba announced the closure of its borders to non-Cuban residents beginning March 24. American citizens are urged to return to the United States and coordinate with their airlines to fly back.

Furthermore, the embassy warned that new travel restrictions may well apply with little or no prior notice.

Both the United States and many other countries in Latin America and Europe that have not yet implemented border closures, could do so in the next 72 hours, according to local media. 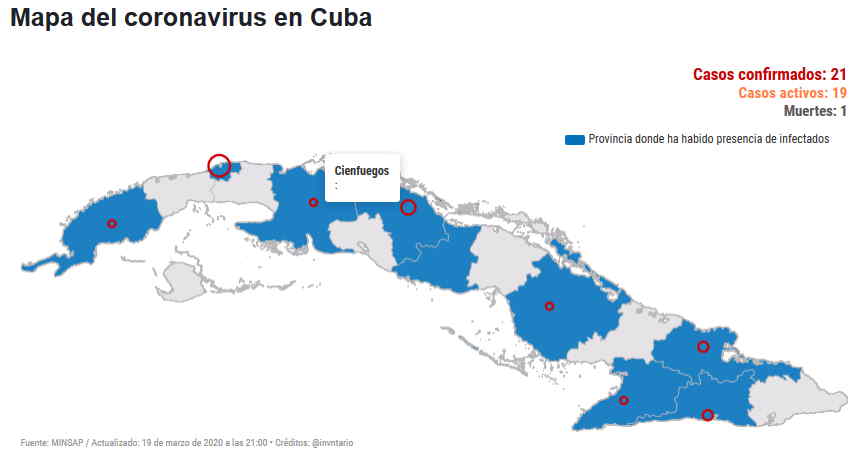 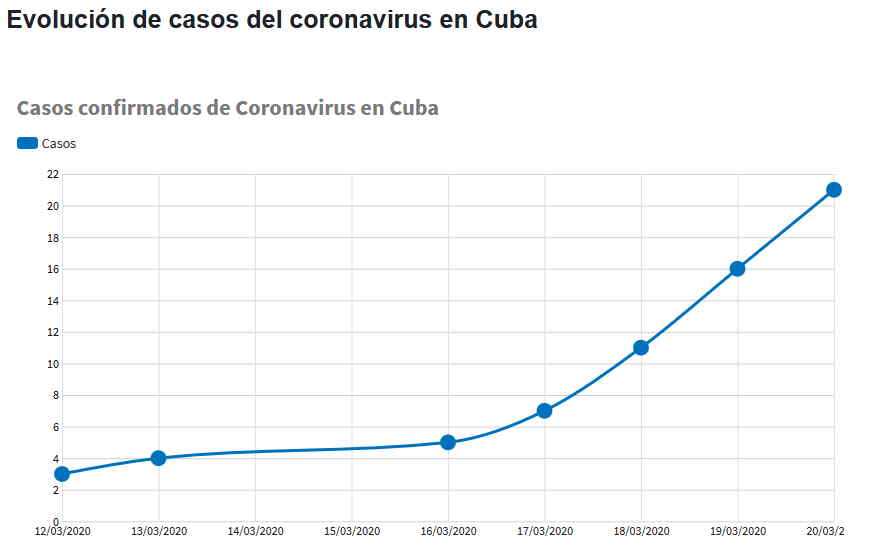 Coronavirus cases in the World