Anna Maria recounts her first meeting with Fidel Castro on 20 May 1975 in the Cuban capital Havana at the apostolic nunciature, similar to an embassy.

“I arrived carrying a big bunch of very thorny red roses to place under the painting of the Madonna in the nunciature. Fidel was there, smoking his cigar and appeared visibly bored. I did not have a high opinion of him, also due to the US propaganda against him, and thought he was a small monster, like Stalin,” she says. 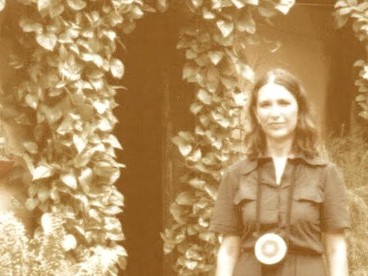 That day Anna Maria’s life changed. At the time, she was 27-years-old, already married 10 years and had two young children.

When Fidel saw Anna Maria walk in, wearing a silk blue dress, he got up suddenly and went towards her and admiringly exclaimed “Botticelli’s Spring.” That moment would be the beginning of a friendship and love affair that would last forty years.

The person that had been instrumental to her meeting the Cuban leader was a woman called Margarita Alcalde, related to Fidel Castro, who was the first secretary at the Cuban embassy in Rome.

Anna Maria had casually met Margarita in October of the year before and despite a significant age difference, they had become good friends.

Margarita spoke enthusiastically about her island-nation and its leadership. For her, Fidel was “a hero, who gave back dignity to his people and defended their rights.”

Anna Maria listened half-heartedly thinking it was Margarita’s job to restore Castro’s reputation abroad. Margarita spoke endlessly to her Italian friend about Cuba and its leader until she convinced her to visit, just six months after they met.

She helped obtain a government invitation for her and her engineer husband Giuliano, on the basis that he could consult for the Cuban government and provide technical solutions for the ‘Ocho Vias’ motorway that was to be constructed on the island.

Anna Maria was not new to travelling but Havana surprised her. She recounts how everything she saw after her arrival immediately attracted her: the well-kept liberty buildings, the lush vegetation and Fidel. 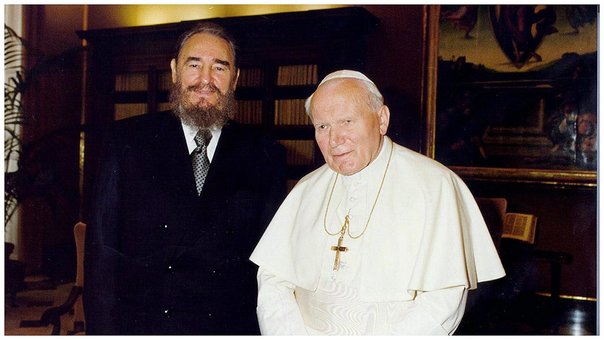 “There you breathed a joy of living,” she says. The first time Anna Maria visited Cuba she stayed for four months. Everyone in Cuba knew she and Fidel met and spent time with each other but this was kept a secret back in Rome.

She said they often spoke about religion and she managed to convince him to open a Catholic church. She said Fidel was very interested in the Vatican and she hoped that one day he would revisit his atheist past.

Fidel had given her a beautiful home, La Casa de las Flores, filled with beautiful flowers and would visit her there every evening at 11 pm after he was finished with his political commitments.

She describes her relationship with Fidel as “true and important, very important”, she experienced “love and passion that I did not know existed” and the man himself as “strong and determined but with me gentle, affectionate and simply marvellous.”

Her love story with Castro is the object of the new book “Fidel In Love: The great secret love of Lider Maximo” by journalist and author Paola Sorge published in Italy on 3 July.
( https://uk.news.yahoo.com/)

The Vegan Movement Progressing in Cuba
Scroll to top