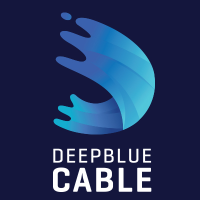 Mr O’Brien has invested on a personal basis in Deep Blue, which this month begins preparatory work on threading a swathe of island nations around the region with fibre. The project aims to be operational by the end of 2019. Mr O’Brien has said the cost of the rollout may eventually rise to $450 million.

An initial 12 fibre landings over the next 30 months are pencilled in for markets including the Cayman Islands, Curaçao, the Dominican Republic, Haiti, Jamaica, Puerto Rico and Trinidad & Tobago.

Mr O’Brien’s Digicel is already a major telecommunications player in some of these markets.

Eventually, Deep Blue hopes to make up to 40 landings, bringing in major Latin American markets such as Panama and Colombia. Deep Blue plans to sell cable access on a wholesale basis to broadband providers, and will then be able to sell high-speed internet services directly to customers. 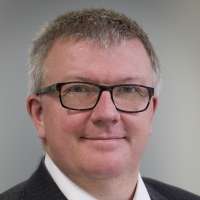 Deep Blue also plans to market its services directly to major “over-the-top” internet companies, which would include the likes of Facebook or Skype whose services consume large amounts of data.

Maps published by Deep Blue of the proposed system show a ring of undersea fibre circumnavigating the Caribbean, to de deployed in two phases and with landings on either side of the Florida peninsula, at Boca Raton and Naples.

First phase
The first phase shows the fibre running west from Naples, and going completely around Cuba before turning south and east towards the Caymans. However, it also indicates two possible spurs off the main cable onto Cuba.

One appears to land about 100 miles west of Havana, near Harlem, while the other lands on the southern side of Cuba, at the Bay of Pigs. If Deep Blue’s cable was to land on Cuba and traverse the island, departing at the Bay of Pigs and rejoining the main route at the Caymans, it would eliminate the need to round western Cuba and significantly shorten the route.

Deep Blue made no response to emailed queries about the nature of its intentions for the Cuban market, while its London-based spokeswoman did not return calls from The Irish Times.
Mr O’Brien’s Digicel, which operates in more than 25 markets in the Caribbean, has been repeatedly linked with Cuba, which would seem a natural destination for its services if Cuba opens up the market to outside players. The businessman has described the island as an “interesting” investment prospect.

If Deep Blue does indeed make a landing in Cuba, it opens up the possibility that Mr O’Brien could eventually look to wholesale high-speed internet access for the island’s 11 million inhabitants.
https://www.irishtimes.com/business/technology/denis-o-brien-eyes-cuba-for-new-underwater-fibre-optic-cable-1.3192321