HAVANA, Oct. 3th (By Irina Pino)  My situation hasn’t been the worst during the pandemic. Friends and relatives have helped me by sending remittances, a gesture of solidarity that I am grateful for.

I survived the first few months by buying grains, root vegetables and fruit at the agro-market, as my diet is mostly vegetarian.

I don’t stand in kilometre-long lines to buy chicken, I stopped eating it a long time ago, I prefer to buy cans of tuna or sardines. Nonetheless, I had to stand in one line or another, against my will, because they would also sell cooking oil at these places. I’d also end up buying chicken at the same time, for my son and cat.

I was getting worried because I only had a little bit of shampoo left. I started looking up recipes on the Internet on how to make homemade shampoo. But I gave up because I couldn’t find all of the ingredients.

Thanks to the fact that I don’t normally throw out empty bottles, I found a bag full with little bits of shampoo left, which got me through another few weeks.

I thought about shaving all of my hair off as if I were living in a mass extermination camp. It was an option because I can’t go anywhere, plus, I always cover my hair when I go out anyway.

Then, the madness came, grains began to disappear from the agro-market, detergent disappeared from CUC stores.

So, I decided to only wear white clothes. Light-coloured clothes are easier to wash and they don’t lose their colour. I would joke with my friends and tell them that I already had my uniform. A couple of T-shirts, leggings and hat. Everyone nearby thought I had done the Iyabó initiation process, which is becoming a saint in Afro-Cuban religion.

Word on the street was that you could get lots of things at dollar stores. So, I had no other choice but to get a card and take out some dollars I had saved away. I asked whether I could buy dollars with the CUC I had, and they told me I couldn’t.

I went to FINCIMEX first. The bad news was that they weren’t issuing any new cards. There was a great backlog of applications from previous months. People were complaining because they had gone to pick them up and they still weren’t ready.

Therefore, I decided to go for the BPA (People’s Saving Bank) card. It allows clients to put dollars in and receive transfers from abroad, except for US bank accounts.

As soon as I had the card in my hands, I went to stand in line at the supermarket on 3rd and 70th streets, here in Miramar. Once inside, I could see the shelves full of detergent powder and washing liquid. There wasn’t any shampoo though.

I bought it and ran out. I didn’t want to see everything they had because I couldn’t spend money on food.

I walked back from 70th street to my home on 0 and 1st streets, because public transport isn’t running. It was a lot of blocks and I was exhausted when I got home, I went straight in the shower.

I then put the washing machine on, to start working through the pile of dirty laundry I had. In fact, it almost reached the ceiling.

A chance to buy shampoo

Last week, my brother-in-law told me that they were going to sell shampoo in CUC at the store at Hotel Monte Habana, and he took his place in line at 5 AM. I got there just before 6 AM.

At 9 AM, when they started handing out turns, there were over 80 people ahead of us. To cut a long story short, I only left there at 1 PM, and they were only selling one bottle of shampoo per person.

Last Sunday was extraordinary though. A friend had asked me to put his dollars on my card so he could buy what he needed. I said yes, of course.

We went to the La Puntilla store (another dollar store), which is around the corner from my house. It was stocked with lots of things, from grains, rice, ham, evaporated milk, different kinds of cheese, jelly, tins of sardines, tomato sauce, crackers, detergent, deodorant, hair dye, toothpaste… and what I was really looking for: shampoo! Toilet paper was the only thing that was missing.

I made the most of this opportunity and bought the personal hygiene items I needed. My friend was kind enough to let me use some of his dollars for food.

A brief spell of calm. Something as trivial as shopping for these kinds of things has taken top priority in our lives.

I hope this doesn’t go on for longer than a year. 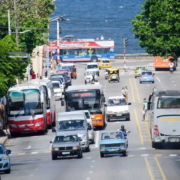 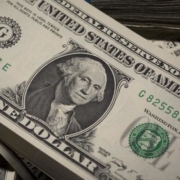 What Became of the ARCOS Undersea Cable Connection to Cuba?