four companions, who are being investigated after allegedly finding several high caliber weapons on the yacht on which they were traveling from Cuba.

McAfee, a crypto-millionaire Brit computer geek nationalized in the US, is actively sought by U.S. federal authorities for tax evasion and threats to “bury” the US government. 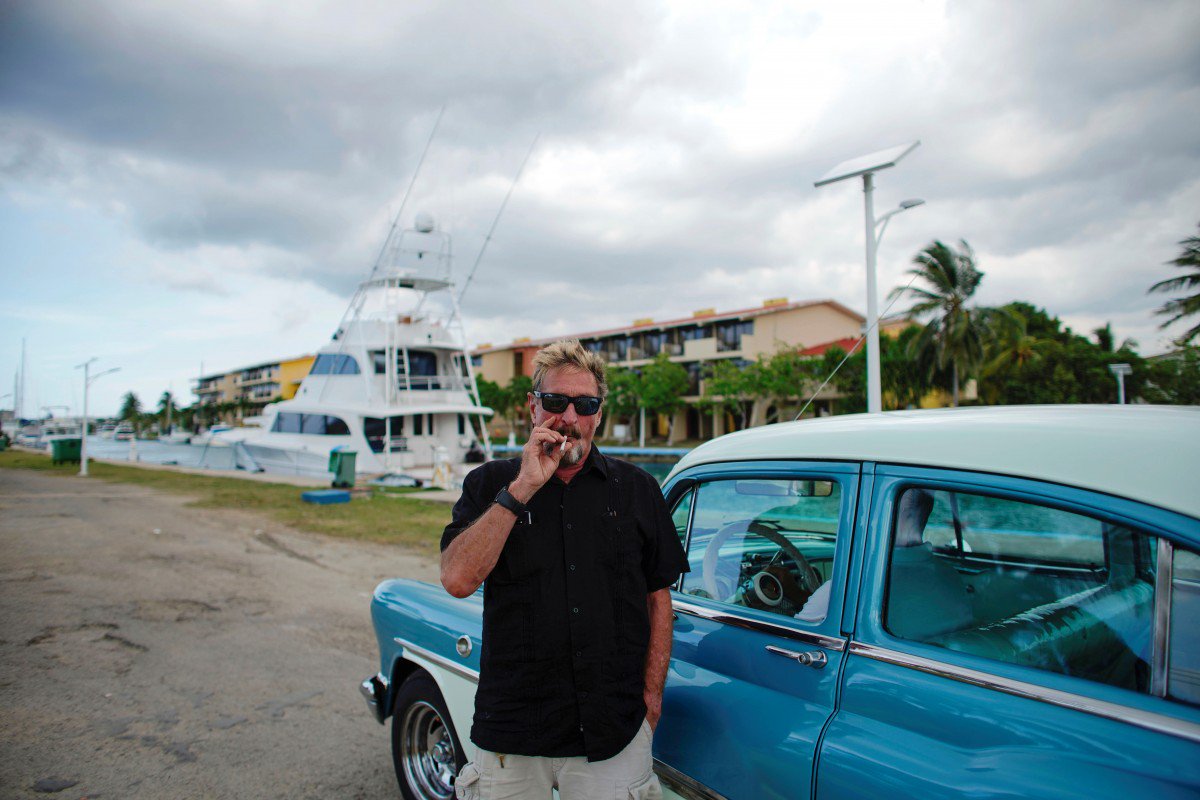 The arrest of McAfee, one of the first to design antivirus software and develop a computer virus scanner, occurred last Monday on board the yacht “The Great Mystery” after Dominican Navy officers allegedly found an arsenal in the vessel.

The famous millionaire’s yacht is docked in the Ocean World marina where he was captured in the company of his wife Elizabeth McAfee (Janice), the American Richard Alan Gibson, the German Robert Whitfield, the Bahamian Oral Thompson and the Haitian Vasner Louis.