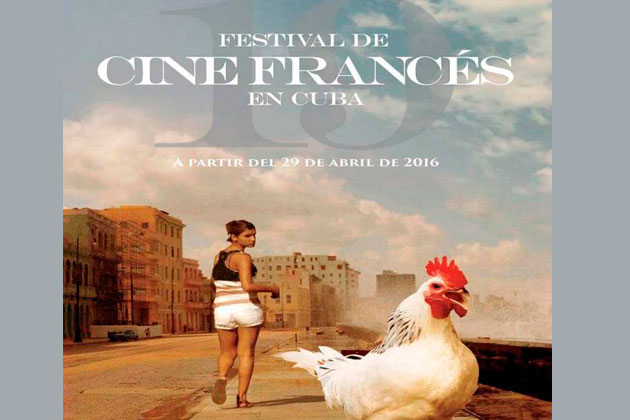 HAVANA, May 21 (PL) Thrillers, police, biographies, comedies and dramas XIX projected the French Film Festival in Cuba, which concluded here today after ratification as a favorite appointment for moviegoers of this island.

A total of 28 films were exhibited from April 29 on behalf of the seventh art in the European nation, distinguished by its deep content and exquisite sense of humor.

Some of the films shown here arrived with credentials obtained in international competitions, such was the case of the law of the market, awarded the Audience Award at the European Film Festival in Brussels.

Other films like Connection Marseille (Cédric Jimenez) and Professor of History (Marie-Castille Mention-Schaar), touched on viewers to move away from fiction to reflect actual events.

For almost a month, HavanaÂ�s cinemas Charles Chaplin, La Rampa, Yara and room one of the Multicine Infanta welcomed the varied program of the festival, which also reserved a space for French classics.

Captain Conan and Life and Nothing but Bertrand Tavernier, and The Umbrellas of Cherbourg, directed by Jacques Demy, among others, returned to the big screen with their attractive and romantic stories.

The Outsider releases, Christophe Barratier and filmmaker Hurricane documentary, directed by Cyril Barbançan, Andy Byatt and Jacqueline Farmer, also captured the applause of Havana moviegoers for the duration of their frames and the excellent performance of the actors.

The film festival preceded the Month of French Culture in Cuba, an initiative of President Francois Hollande that will evidence until 31 this month extent of cultivated arts in the European nation.