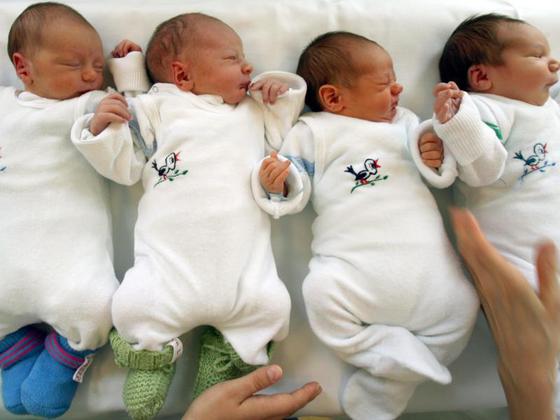 HAVANA, June 28th (Granma) For a decade now, teenage pregnancies are significant within the total fertility rate. Demographic statistics reveal that mothers under 20 years of age account for 15 out of every 100 births, and this rate has remained stable over the last several years.

Her friends were already close to finishing high school, when they saw her again.

“It’s so good you came back,” was the only welcome she received from one who approached her, to say hello from everyone, before returning to the group of 11th-graders, with a smile, no reproach.

The “new” student had missed two years of school, following a pregnancy that surprised her at just 14 years of age. After some big changes in her life, she decided to finish school. Today she is 39, and the eldest of her two children is 25.

“Is this your brother,” someone asks. “No, my son.” The overheard dialogue begins and ends this way. Minutes after the young mother boards the bus, those who witnessed the scene cannot resist commenting on the mother’s youth.

Distant in time and space from one another, these anecdotes are only two examples among the many stories of teenage mothers, a phenomenon, which, the statistics tell us, is far from disappearing.

The age at which women tend to have children is not best understood through personal stories, or a decontextualized reading of statistics, either. It is a complicated subject.

“Fertility in Cuba is and has always been early,” stated Dr. Grisell Rodríguez, of the Center for Demographic Studies.

“What’s the problem? The inclusion of adolescents. While our fertility rate for this age group is not the highest in Latin America, it is at a level that does not reflect all the steps taken in Cuba in terms of health,” the doctor notes.

NOT HIGH OR LOW

For a decade now, teenage pregnancies are significant within the total fertility rate. Demographic statistics reveal that mothers under 20 years of age account for 15 out of every 100 births, and this rate has remained stable over the last several years.

“When this rate is calculated, it is low. But we are talking about Cuba in 2017, with all the social achievements and political will to do, and to have done, many things, yet, as a trend, some 400 to 420 girls continue to become mothers on average every year,” the specialist noted.

Another story: She has not yet turned 35 and has already begun her doctorate. Her talent for research was made evident by the positive response and brilliant evaluations of her work during her undergraduate and Masters studies. Within just a couple of years, she will earn her PhD. The dilemma is that she longs to be a mother.

One could think that in Cuba, women postpone maternity and have only one child. But there are subtleties to this pattern.

“What has been shown is that the first child is born. What is delayed over time, and sometimes never arrives, is the second.” explained Dr. Rodríguez.

With those who have their babies as adolescents, and women who wait until they are well into their 30s, the scene is set for a reduction in the total number of children per woman, which stood at four in the 1960s and has now fallen to a current level of 1.72 – that is 17 children for every 10 women.

Is it possible to change this trend?

“This year,” Dr. Rodríguez emphasized, “we are reaching 40 years with fertility below the replacement rate, a process that is irreversible worldwide. There is no country with a low fertility rate which has been able to raise it again, in a sustained manner. The demographic indicators tend to be stable and become tendencies. We are talking about the population’s behavior.”

The demographic panorama the country faces today is far from simple or homogeneous. On the macro level, most evident is the growing number of older adults, which the government is addressing, as outlined in the Economic and Social Policy Guidelines approved by the Party and the National Assembly.

At whatever age women choose to have children, the country’s Maternal-Infant Program provides resources, protection, and security for both mothers and babies.

Within this context, low fertility is the result of policies that have afforded women and men opportunities, rights, and protection, but which at the same time are among the causes of the demographic challenges facing an island country of just over 11 million inhabitants.

Cuba: The next real estate investment for Americans?