HAVANA, Jan. 29  (CNN) Few countries around the world likely breathed a sigh of relief following the 2020 US election as deeply as Cuba did.

It’s been an especially tough four years here. The island went from the historic opening of the Obama years — which brought a flood of American visitors and a glimpse of a different future — to the Trump administration’s doubling down on 60 years of US economic sanctions.
Former President Donald Trump more than reversed the Obama détente. He limited the ability of US citizens to visit the island, ended US cruise travel to Cuba, forced out the one US-run hotel (managed by Marriott, a Trump competitor), cut off the remittances many Cuban Americans send back home, allowed Americans for the first time to sue companies allegedly trafficking in the property seized after the Cuban revolution, pressured countries not to hire Cuban doctors and nurses to fight the pandemic, and returned Cuba to the list of countries that sponsor state terrorism. 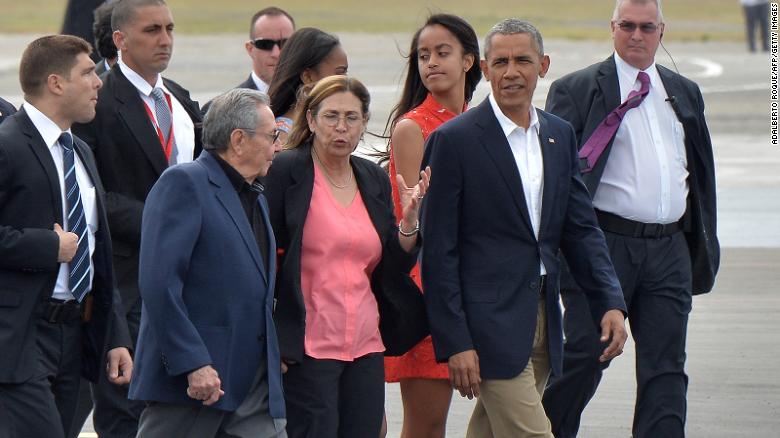 When Barack Obama visited the island in 2015, he was the first sitting US president to do so since the 1959 revolution. Restaurant-owner Miguel Angel Morales hung a sign from his family business welcoming the American president.
Business boomed for Morales as waves of Americans travelled to Cuba after Obama eased travel restrictions. But the change to Trump’s presidency hit him hard. “We are situated in a tourist area, next to the port,” Morales said. “When [Trump] eliminated the cruises, we were impacted in a big way. We lost about 50 to 60 percent of our clientele.”
Trump’s successor, President Joe Biden, has promised to engage with Cuba, potentially breathing new life into one of Obama’s major foreign policy achievements.
But it’s not clear how high Cuba is on his list of priorities — while his wife, Jill Biden, showed a personal interest by travelling in Cuba during the Obama opening, visiting schools and attending a US-Cuba soccer game, Joe Biden never did.
Rep. Jim McGovern (D-MA), a long-time advocate for improved US-Cuba relations, told CNN that Biden cared personally about the original détente. As Obama’s vice president, Biden called McGovern in 2014 to give him the heads up that Obama had struck a deal to swap prisoners and restore diplomatic ties with the Cuban government, the congressman said.
“He was engaged back then and I believe, when he informed me of the changes, that he believed it was the right thing to do,” McGovern said. “I expect him to do the right thing now.”
In January, McGovern sent Biden a letter asking him to quickly “reverse all Trump-imposed policies, restrictions and sanctions against Cuba.”
On Thursday at the daily press briefing, White House press secretary Jen Psaki said, “Our Cuba policy is governed by two principles. First, support for democracy and human rights — that will be at the core of our efforts. Second is Americans, especially Cuban Americans, are the best ambassadors for freedom in Cuba.”
As Cuba reorganizes its economy and Raul Castro, 89, prepares to step down in April as head of the Cuban Communist Party and retire, this could be the time for the US to reengage.
While Republicans criticized Obama’s restoration of diplomatic ties as rewarding a longtime adversary, defenders of the policy said Obama successfully pushed Cuba toward greater liberalization by calling for greater internet access on the island and empowering the fledgeling private business sector.
“In Cuba, engagement is not a gift to a repressive regime,” wrote Juan Gonzalez, Biden’s National Security Council senior director for the Western Hemisphere, in Americas Quarterly last July. “It is a subversive act to advance the cause of human rights and empower the Cuban people as protagonists of their own future.”
For now, as they wait for Biden’s policy to emerge, Cuban officials appear to be tempering any optimism that Biden will immediately undo the Trump administration’s actions — or that the next president won’t pull another 180.
“The future outcome, the durability of whatever we can achieve with the United States, has been put into question by a government that simply ignored what happened in the past,” said Carlos Fernández De Cossio, the director-general for US affairs at the Cuban Foreign Ministry. 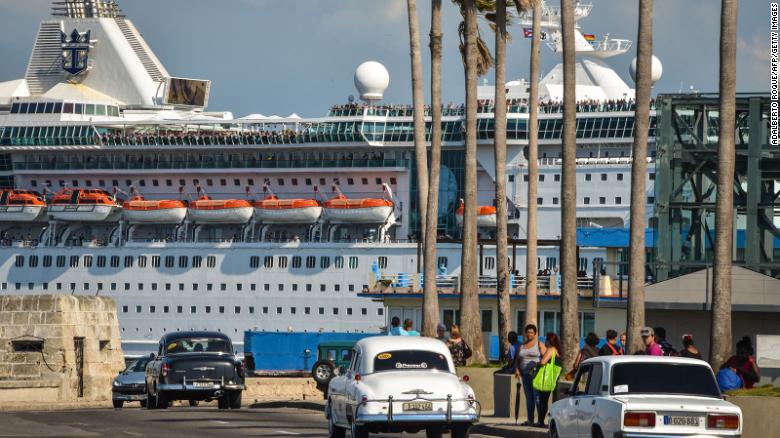 The Empress of the Seas, owned by Royal Caribbean, was the last US cruise ship in Havana following new sanctions against the island. June 5, 2019.

Recently some official journalists in Cuban state media have even tried to recast Biden as a different kind of enemy.
“The enthusiasm to see Trump go should not overexcite us,” commentator Cristina Escobar said on Cuban state-run TV in January. “Joe Biden will work tirelessly to make Cuba what they want: a country where revolution doesn’t exist and where they install a political system in agreement with Washington’s interests.”
Between the twin impacts of the pandemic and the Trump administration’s increased sanctions on an already shaky economy, many Cubans said they merely wished to no longer be caught in the crossfire.
“I hope it’s better, not like it was during that madman Trump,” said Francisco Lopez Ríos, a book editor in Havana. “Biden shouldn’t be adversarial. We are struggling right now.”
29/01/2021/by Havana Live
https://havana-live.com/wp-content/uploads/2021/01/Unbenannt-36.jpg 617 900 Havana Live https://havana-live.com/wp-content/uploads/2018/09/logo_havana.png Havana Live2021-01-29 15:17:392021-10-04 18:21:19What Cuba wants from Joe Biden

Germany and Cuba agree to open trade office in Havana
Would Things Be Different If There Was a Havana Trump Tower?
Watch: 150 years of US-Cuba history, told in 6 minutes
Belgian Business Executives Eye Opportunities in Cuba
A love shared and passed down for Harley-Davidson lives on the roads of Cuba
Cuba and Spain sign cooperation framework agreement in Havana