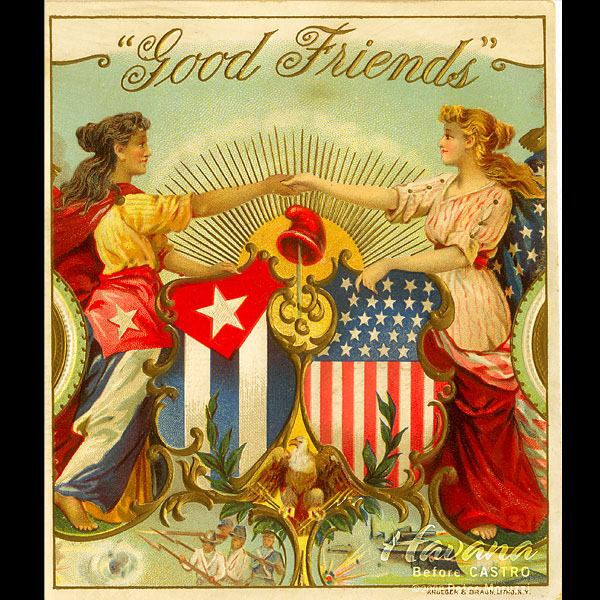 HAVANA, april 13th The story of America and Cuba — their decades of hostility, why it lasted so long, why it’s now finally ending — is often misunderstood in the US as a story about the Cold War. But in truth, it’s a story a full century older about slavery, clashing empires, and a long-running struggle within America to decide what kind of country we were going to be. When you see that, what’s happening today between Cuba and the US starts to make a lot more sense:

Americans don’t talk about this chapter in our history much today, but around the turn of the 19th century the country’s politics were divided over a question of national identity: Would the United States become an explicitly imperial power, joining the great powers of Europe in dividing up the world? Or would it champion its founding ideals of democracy by supporting independence movements around the globe?

This debate played out in the US just as the once-great Spanish Empire was crumbling. Cuba was a Spanish colony then; independence activists there rose up in 1895, and in 1898 the US declared war on Spain to help them.

But as the war progressed, American politicians argued: Should the US seize Cuba as its own colony, or should it stick to its word and support Cuban independence?

The Spanish-American War wasn’t just about Cuba. It was also over the Spanish colonies of Puerto Rico in the Caribbean; the island of Guam in the Pacific; and, largest of all, the Philippines, a series of large islands in Southeast Asia.

But debate in the US focused especially on Cuba. Partly this was because Cuba, so near to the US, inspired especially strong feelings in many Americans. And partly it was because there had been an earlier debate, in the 1850s, over whether to seize Cuba as a new US slave state.

By the time the war ended, both sides of the American debate had passed legislation in Congress meant to codify their preferred outcome. As a result, the US ended up with an odd quasi-imperial policy toward Cuba: The US would not seize it outright as a colony (something it did with Puerto Rico, Guam, and the Philippines) but would take over Guantanamo Bay, control Cuba’s external affairs, and reserve the right to intervene on the island.

America’s imperial era in Cuba lasted only about 30 years. Franklin D. Roosevelt came into office in 1933 wanting to end America’s experiment with imperialism, and began unwinding US control over Cuba and the Philippines.

But within 20 years, the US would get involved in Cuba again, this time backing a military dictator who had seized power and was fighting a war with communist rebels.

Americans — who have never had much of a historical memory — saw this as just one of many proxy conflicts against communism’s global spread. But many Cubans saw it as a repeat of American imperialism. So when the US tried over and over to topple or even kill Cuban communist leader Fidel Castro, this felt, to many Cubans, like America trying to reassert its old colonial control over the island.

That’s far from the only reason the US-Cuba conflict lasted so long. As you’ll see in the video above, it’s also, as just one example, about the political conflict between Castro and Cuban dissidents that just happened to play out through American politics. But when you see that imperial legacy, and the way it’s been experienced by Cubans, the history starts to make a lot more sense. And this new era of normal relations looks even more historic. 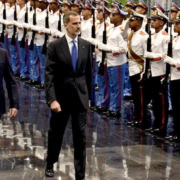