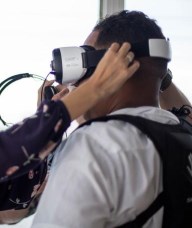 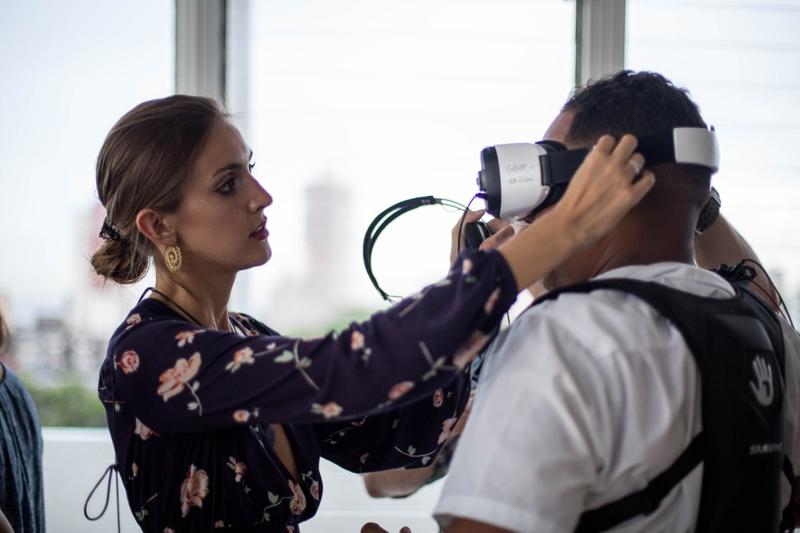 She’s making a virtual reality film about the Cuban electronic music scene which so impressed her when she studied filmmaking on the island in the Spring of 2015, because she thinks there’s something special about electronic music concerts in Cuba.

“I really want to show that this music adopted these different sounds from around the world,” said Garbesi. “But also incorporated this incredible Cuban tradition of amazing percussion.” 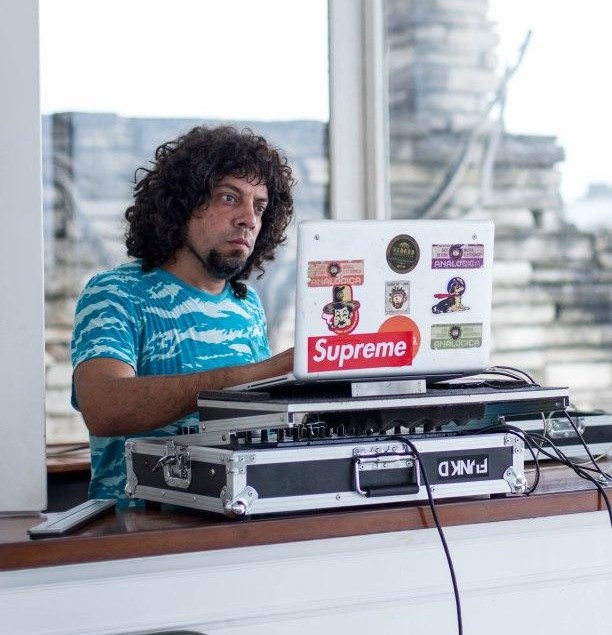 Take the song “Arroz con Pollo” by DJ Joyvan Guevara, or DJoy de Cuba. The production techniques he uses were developed in nightclubs in cities like Berlin and Chicago. But the rhythms, and the food references, are distinctly Cuban. You can listen below.

The concert experience on the island is different too.
“These people know how to party, and I love that nobody’s on their phones,” she told me. “Everybody’s jamming out together.”

There are a number of conditions of life in Cuba today that make the concert experience different. Lack of access to technology means people aren’t Snapchatting the concert, but it also means that it’s harder for DJs to get their hands on nice equipment.

I lived in Cuba this spring, and I went to some of these independent electronic music shows. Most went along the lines of one I went to at the Instituto Superior de Arte (ISA), an exclusive Cuban arts university: An aspiring DJ set up two big speakers, strobe lights, and projected an art film that he made on the ceiling.

His eyes lit up as classmates walked across the school grounds to dance and he tried to adjust his equipment.

This is a video that a friend took of the concert.

The setting made this concert stand out in my mind. ISA was built after the revolution and is an architectural landmark. Long, low, open brick buildings curve around on an old golf course. Most of the buildings are now abandoned and decaying and this background brought to mind the ambitions and failures of the Cuban revolution, even as I jumped higher and higher to the music or shielded my eyes from strobe lights.

It is this experience that Fifer Garbesi wants to recreate  with virtual reality for others to see and feel back in the U.S. The technology allows the viewer to look around, and be part of a scene in a way conventional film can’t.

“Just like electronic music,  it is technology completely blowing your mind,” Garbesi said of virtual reality technology, or VR.

She isn’t the first person to bring Cuban stories to the U.S. through VR. In 2014,  two Miami filmmakers shot a film on an earlier version of VR called Oculus Rift.

USA Today also went to Cuba and shot a film in VR last fall. They were using it to promote new virtual reality content at a recent jazz festival in Upstate New York. Participants could choose downhill skiing, flying with the Blue Angels, Indy car racing, or a trip to Cuba. 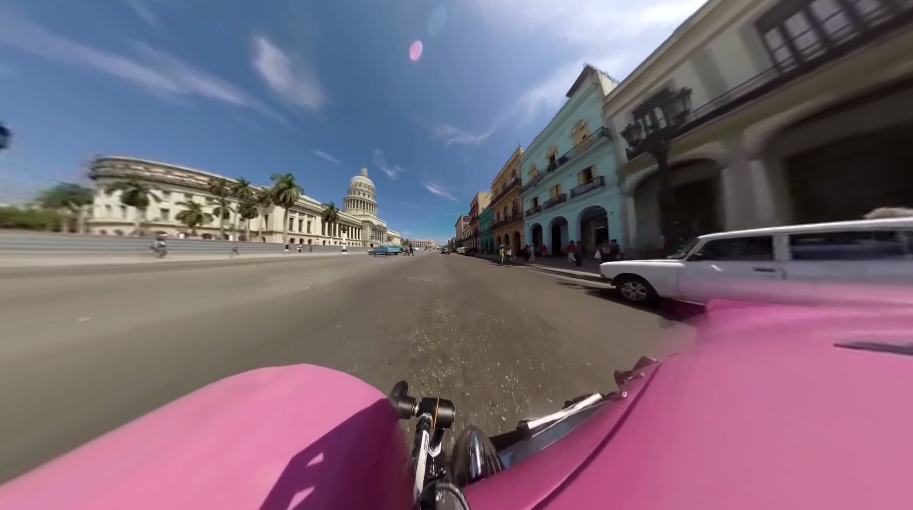 Jeremy Caulkins, 19, ran the booth. He said the Cuba experience was one of the most popular.

“Everybody likes it because it’s immersive,” he said. “They don’t know what they’re about to see and for eight minutes they’re totally somewhere else.”

The tour allows the viewer to look around in a few notable Cuban scenes, like a famous restaurant or a cruise on Havana’s seaside road. Caulkins tried it and he talks about it in a way similar to American tourists when they see the island.

“I’d always heard that Cubans take really good care of their cars and to see that was really cool,” he said. “You know that it [the film] was shot only 8 months ago and you look around and it looks like it was shot in the seventies.”

But this isn’t the kind of virtual reality work on Cuba that Fifer Garbesi is excited about. She thinks the images are cliché and reinforce American stereotypes. She  hopes to instead tell the island’s authentic story.

“Frankly, it would have been better if a Cuban made the film that I made,” Garbesi said. “But I try to work very closely with these Cuban producers to not slant their story in any way.” 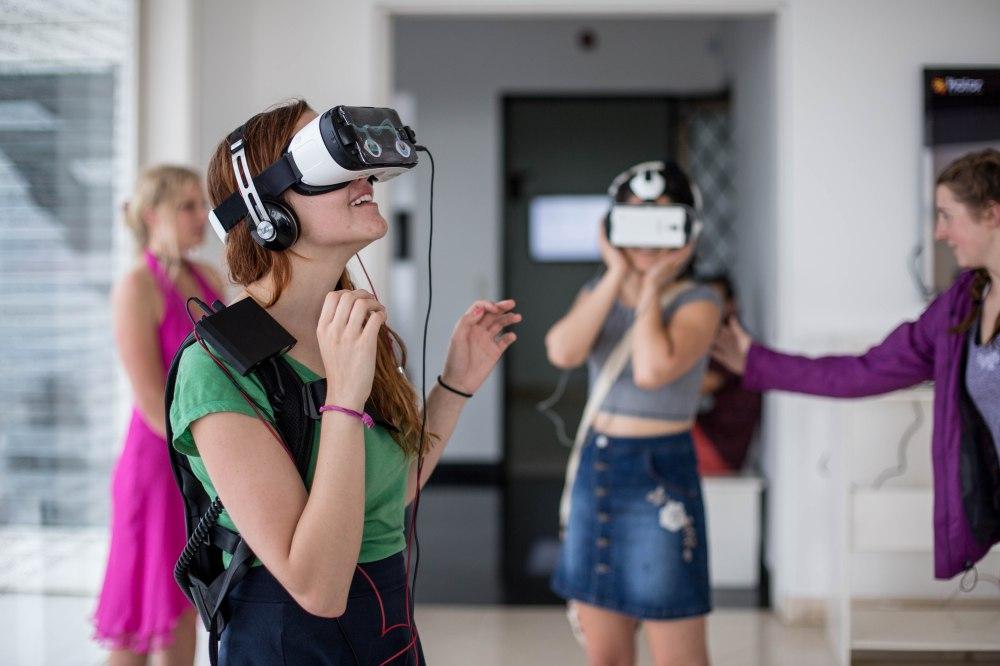 Participants of the recent VR Film Festival in Havana. CREDIT COURTESY OF JOYCE LANXIN ZHAO
As part of her efforts to make it easier for Cuban filmmakers to make films in virtual reality, she held a small film festival this Spring, showing sample films and walking participants through how the films were made.

Virtual reality technology is advancing quickly but many Cuban filmmakers already have what they need: a wide-lens digital camera and timer and software they can download from the internet. Right now, the lowest price most Cubans can get for internet access is two dollars an hour, unless they have access through a government job. That’s cheaper than it used to be, which is important for virtual reality because filmmakers need software that they can download from the internet.

Fifer said participants at the VR festival were especially interested in seeing New York City. They also want to use the technology to see the things they can’t yet because of travel restrictions or because they don’t have the money.

Pedro Martin, a Havana-based filmmaker, said that seeing VR was a big deal for his Cuban friends. 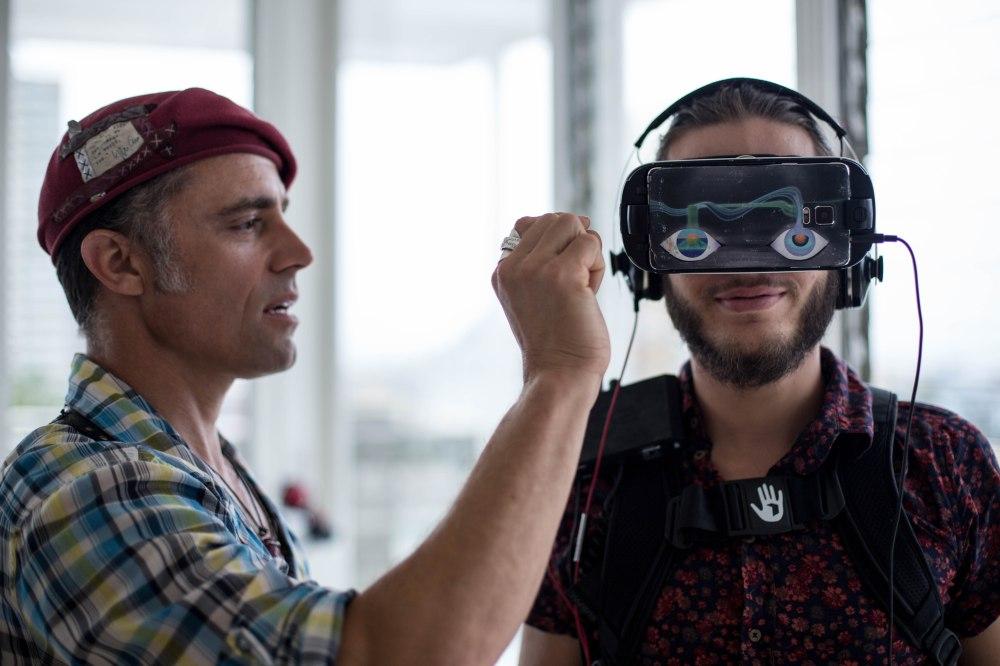 “For them it was like traveling to another dimension,” he said. “making wider the access to have better opportunities as filmmakers, as artists.” Martin said he knows of a couple VR setups being used by Cubans and he’s working hard to show VR films at the Havana International Film Festival in December and he hopes to show Garbesi’s film there.
http://wlrn.org/post/virtual-reality-takes-you-cuban-raves

Havana’s OK for US Security Officers on Flights to Cuba