HAVANA, March 28  Up to 3,500 weekly Russian tourists will begin arriving in Cuba from April 1, after the restoration of flights on the Moscow-Varadero route.
According to the Cuban embassy in Russia, between 2,500 and 3,500 Russians will be able to travel weekly to the famous Cuban resort through the airlines Aeroflot, Rossiya, AZUR Air, NordWind and Royal Flight.

The island’s government affirms that Varadero is ready to receive foreign visitors, who will be able to enjoy its beaches and hotels in safe epidemiological conditions.
The arrival of tourists at the Matanzas airport will be done according to the protocols that are already applied in Cayo Coco, north of Ciego de Ávila, where it is mandatory to present a negative PCR for coronavirus carried out 72 hours before the flight, and also to have another test on Cuban soil.
The decision to increase flights between Moscow and Varadero was taken at the International Tourism Fair in the Russian capital, which ended on March 18. The event was attended by the Cuban Minister of Tourism, Juan Carlos García, along with tour operators, travel agents, and hotel chain managers, to try to revitalize international tourism from the Asian giant, a political ally of the Island.
At the end of 2020, Russia was among the 10 main emitters of travelers to Cuba, with a total of 47,742 people. In the course of 2021, the figure is 13,824 tourists. According to Juan Carlos Escalona, ​​tourism advisor at the Cuban embassy in Moscow, the only thing that limits more travel from Russia to the Caribbean nation is the coronavirus pandemic.
“These trips are made with an occupancy that ranges between 92 and 98 percent, which means that the four weekly flights from Russia to Cayo Coco are full,” the diplomat told Prensa Latina news agency. The official said that after the opening of Cuban international airports, 30,000 Russians have arrived in the Jardines del Rey keys since last November.
Currently, the Russian airlines Nordwing and Azur Air arrive at this destination, in operations of the tour operators Pegas Touristik, Coral Travel, and Anex Tours. Several Russian citizens tested positive for the coronavirus upon arrival in Cuba, and some even left their country with symptoms of the disease. 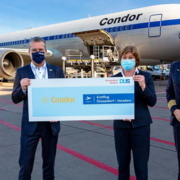 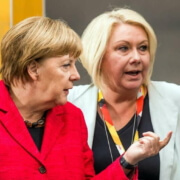 A German deputy dies on a return flight from Varadero

Cuba aspires to establish its first National Geopark in Viñales