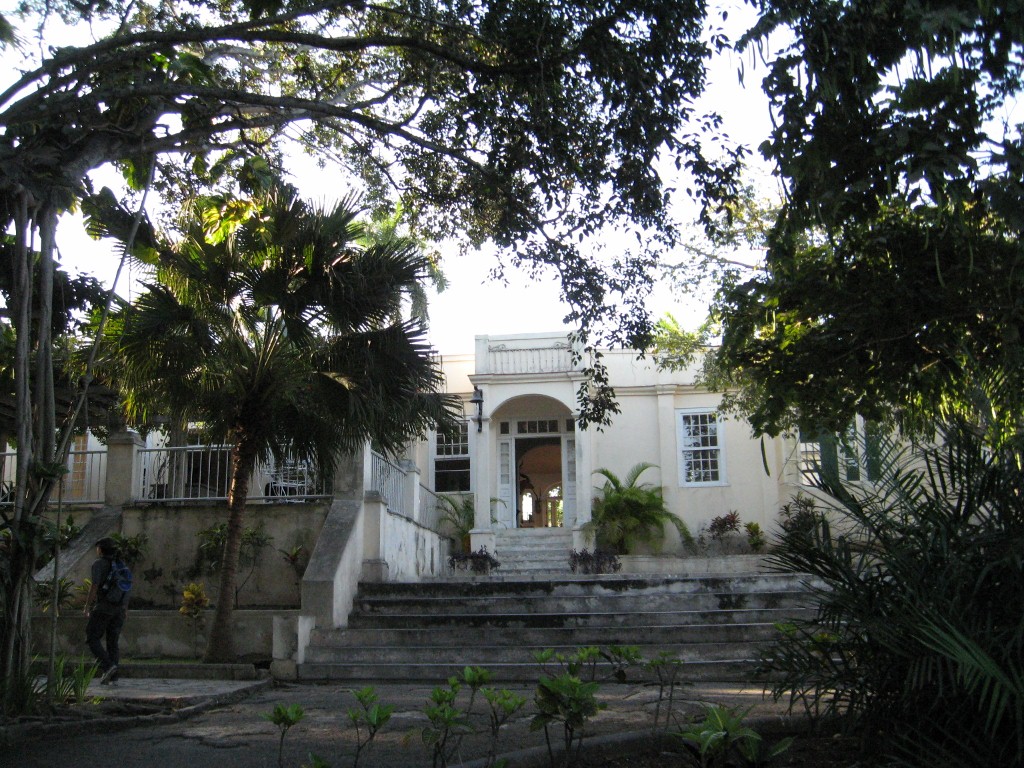 HAVANA, April 22th In 1960, the U.S. ambassador to Cuba drove 9 miles outside Havana to Finca Vigía, where he had been a guest several times, to inform Ernest Hemingway that Washington was planning to sever ties with Fidel Castro’s fledgling Communist government.

He said that “American officials thought it would be best if Hemingway demonstrated his patriotism by giving up his beloved tropical home,” Valerie Hemingway, his secretary at the time and future daughter-in-law, recalled in a 2007 article for Smithsonian magazine. “He resisted the suggestion, fiercely.”

Hemingway, who committed suicide a year later, loved Cuba, and Cuba loved him.

Castro, a great admirer of the macho writer, took control of Finca Vigía, or Lookout Farm, and it became a museum — the Museo Hemingway — in 1963. 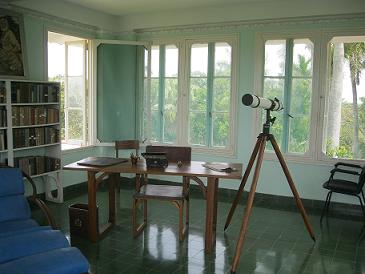 Hemingway lived at Finca Vigía from 1939 to 1960 and wrote seven books there, including “The Old Man and the Sea,” “A Moveable Feast” and “Islands in the Stream.” Kept just as it was, it remains one of the most popular tourist destinations in the country.

“It’s a virtual time capsule,” said William Dupont, professor of architecture at the University of Texas at San Antonio, who for the past 11 years has been a hands-on consultant on the restoration of Hemingway’s Cuba home. “All the trophies, all the liquor bottles are still there, all the books are on the shelves. His Royal typewriter is there in the bedroom, sitting on top of a massive dictionary, as is the animal-skin rug that he stood on while he worked, typing standing up because of his back. He got a gift from the Russian ambassador that is still there. It’s a little model of Sputnik, a desktop paperweight.”

The Cuban government, in conjunction with the Massachusetts-based Finca Vigía Foundation, completed a $1 million restoration of the 1886 stucco home and grounds in 2008 and has been searching for a way to conserve the thousands of documents, photographs and books at the site for years.

In a concrete example of the thawing of U.S./Cuban relations initiated by President Obama, a team of preservationists including Dupont, who is director of the UTSA Center for Cultural Sustainability, will return to Cuba May 8-13 to help Cuban architects, engineers and workers build a new conservation workshop and storage center on the Finca Vigía site. 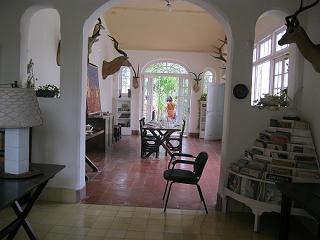 Mary-Jo Adams, executive director of the Finca Vigía Foundation, said Dupont “has helped our project make great strides. His finesse and understanding of the Cuban people has been incredibly important.”

What is groundbreaking about this exchange is that a shipment of construction materials valued at more than $900,000 is going to the island along with the American expertise.

Funded primarily by the Caterpillar Foundation and Caterpillar Inc., the AT&T Foundation, the Ford Foundation and American Express, it’s the first major export of construction materials to Cuba since the U.S. loosened the trade embargo on the island.

Caterpillar, which donated $500,000 to the Finca Vigía Foundation, “is proud to be a part of this significant project, and we’re committed to being a business and cultural partner with Cuba,” Doug Oberhelman, Caterpillar chairman and CEO, said in a statement. “We recognize the importance of preserving the rich Hemingway heritage that unites the American and Cuban people.”

Since materials can be impossible to obtain in Cuba, the shipment will contain virtually everything needed to build the 2,200-square-foot facility, which will house conservation laboratories and a state-of-the-art, climate-controlled storage facility.

“They have plenty of concrete and cement blocks,” Dupont said. “They’ve got rebar, enough for this little building, so what we’re sending them is pretty much everything else, which would include windows and doors, roofing material, gutters, tile, ceilings, pipes, plumbing fixtures, wiring — even hardhats and safety glasses. Some of the HVAC is pretty high-tech, so we’re building it here and then disassembling it to make sure we have all the parts.” 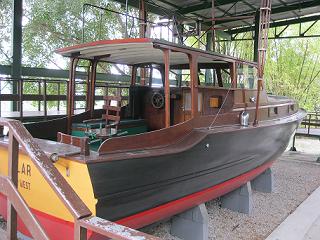 Although the building is not an architectural “postcard,” Dupont said, it represents the literal preservation of Hemingway’s legacy, including correspondence and books in which he wrote marginalia comments, as well as travel documents, records and notes of where he was at certain times, passports and maps.

“It’s possible to reconstruct a lot of details of his life and place him in particular areas connected to what he’s writing, so it’s very valuable to scholars of Hemingway,” Dupont said. “To understand where he’s coming from, what his influences are, what he’s seeing while he’s writing, it makes it possible to map out his life.

“That’s what the house contains. So for me as a restoration architect, what we’re keeping our focus on is the legacy of Hemingway because his spirit still occupies the landscape and the buildings and the grounds. This was his place of artistic inspiration, of artistic creation, and you gain a better understanding by visiting it. And that’s what I’m trying to help my colleagues in Cuba to preserve. That’s what it’s all about.”
http://www.expressnews.com/entertainment/arts-culture/article/Cuban-home-holds-Hemingway-s-spirit-7294757.php
More about Hemingway: https://havana-live.com/hemingway-cubas-adopted-son/