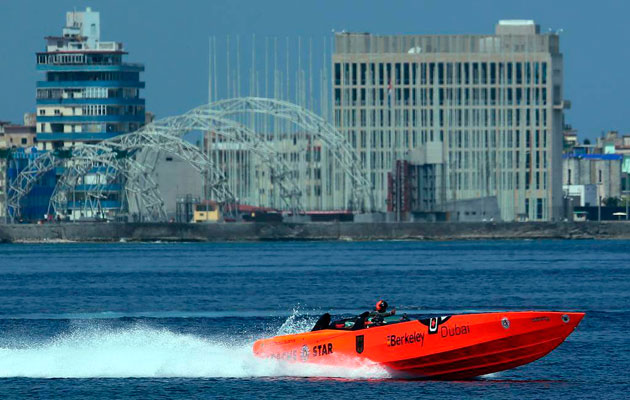 HAVANA, Feb. 24th In the latest effort to remove barriers with Cuba, the Obama administration is softening a Clinton-era emergency decree that bans U.S. boats from entering Cuban territorial waters.

The order, which will be sent to Congress Wednesday, modifies conditions imposed in 1996 after a Cuban jet shot down a plane affiliated with Brothers to the Rescue, killing four Miami-based anti-Castro activists. That finding was expanded in 2004 when President George W. Bush declared Cuba a state sponsor of terrorism.

Gone is the draconian language about violence, threats and dangers that Cuba poses. It’s been replaced by a revealing acknowledgment that U.S. policies failed to promote positive change in Cuba and new steps under President Barack Obama being taken to normalize relations.

The tempered decree is just the latest move by the Obama administration to improve ties with the communist nation since Dec. 17, 2014, when President Barack Obama and Cuban leader Raúl Castro announced that they would take steps to normalize relations.

“I would say it was readily apparent to everyone involved that something needed to change here,” said a U.S. Coast Guard official, who was not authorized to speak publicly about the new proclamation.

In the past year, the United States has removed Cuba from its list of state sponsors of terrorism, reestablished diplomatic relations and opened an embassy in Havana. Last week, Obama announced he will be the first American president to visit Cuba in nearly 90 years as the two sides attempt to end decades of Cold War hostility.

As that visit was announced, administration officials told business leaders at a forum in Washington that the embargo against trade with Cuba would likely not be lifted by the end of his term, but that the administration would continue to break down what trade barriers it could so that it would be more difficult for any future administration to reverse the changes.

President Clinton issued the emergency order in 1996 to prevent Cuban-American protesters from provoking an international incident after the shooting down of two Cuban exile planes by the Cuban air force. President Bush sought to stop recreational boaters from sailing to Cuba and spending money in violation of the U.S. embargo.

Obama signed the same proclamation for years, including last year, after reaching an agreement with Cuba to normalize relations. But federal officials recognized that changes were likely necessary considering some of the existing language included Cuba had not refrained from the use of excessive force against U.S. vessels or aircraft that may engage in memorial activities or peaceful protest north of Cuba.”

Federal officials emphasize that the legal restrictions in the proclamation that prevent unauthorized travel into Cuban waters remain.

Obama extended authorization granted by Bush to the Department of Homeland Security to issue whatever rules and regulations were needed to prevent U.S. boats from provoking another international incident.

But he added that the background conditions under which the first two proclamations were written no longer reflect the two countries relations.

“The United States has committed to work with the Government of Cuba on matters of mutual concern that advance U.S. national interests, such as migration, human rights, counter-narcotics, environmental protection, and trafficking in persons,” Obama writes in the new decree.

Critics including Presidential candidates Sen. Marco Rubio, R-Forida, and Sen. Ted Cruz, R-Texas, have criticized Obama for giving up to many concessions without getting anything in return from the Cuban government.

Miami Rep. Ileana Ros-Lehtinen said it was “absolutely shameful” that Obama is rewarding the Castros with a visit to Cuba.