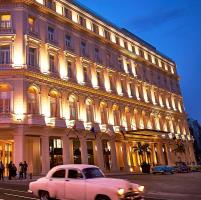 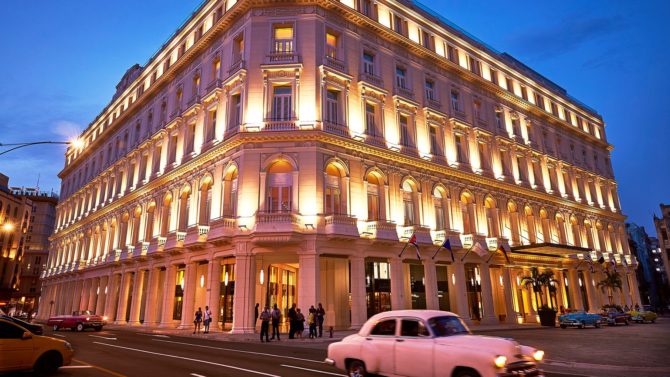 HAVANA, Nov 10th Cuba tour operators are rushing to assure Americans that they can still legally travel to Cuba after the Trump administration released a lengthy list of businesses with which U.S. citizens are no longer permitted to do business.

Effective Nov. 9, Americans visiting Cuba must avoid scores of hotels, shops, tour companies and other businesses that the U.S. State Department has determined are owned, at least in part, by the Cuban military.

The State Department lists as off limits a total of 84 hotels, island-wide — 27 in Havana alone — including the Gran Hotel Manzana Kempinski, which opened earlier this year, billing itself as Cuba’s first real luxury hotel. The Four Points By Sheraton, the first U.S.-branded hotel to operate in Cuba since the country’s revolution ended in 1959, was not on the list.

Other hotels popular with Americans and not on the list include the Hotel Saratoga, Hotel Nacional and the Iberostar Parque Central. But several of Spain-based Iberostar’s hotels outside Havana are on the list.

The list includes places that are owned or affiliated with the military-run conglomerates that control most of the Cuban economy, including the Gaviota tourism group, Compania Turistica Habaguanex and Gaesa, Cuba’s Armed Forces Business Enterprises Group.

However, the Kempinski and the Four Points are both owned by Gaviota, so it was not immediately clear what qualified hotels being blacklisted. Gaviota also owns Havana’s Hotel Inglaterra, the hotel that Marriott is slated to reopen as part of its Luxury Collection.

Marriott spokeswoman Felicia McLemore said in response to the new regulations that the company was “reviewing the adjustments to determine whether there would be any impacts to our existing contracts and business relationships.”

For its part, Iberostar said in a statement: “We entered Cuba in response to the increasing demand for high-quality luxury hotel services in this market. We will continue to monitor any regulatory changes closely and make appropriate adjustments as and when required.”

Tom Popper, president of InsightCuba, said that the new regulations don’t actually make a significant change to current policy, adding that the document “finally provides some clarity in the marketplace.”

“Potential travelers and travel agents have been wondering what else Trump was going to do when the final restrictions were issued,” he said. “This clarity will give people peace of mind that they can travel legally.”

Popper said a close look revealed that those new restrictions “were modest by any measure, including the elimination of individual people-to-people travel, which only began last spring.

“The new regulations didn’t go any further than the June announcement, and despite many predicting that the prohibited list would include most Cuban hotels, the list revealed that most hotels that Americans use are not off limits,” he said. “Bottom line is Cuba remains a legal, safe and welcoming destination for Americans.”

In addition to the State Department list, the U.S. Treasury Department  issued rules that codified much of what President Trump, in a speech on June 16 in Miami, said would be changing. The new rules include the expected return of restrictions on individual people-to-people travel, the relaxing of which had been a hallmark of the Obama administration’s easing of Cuba travel regulations.

Americans who made travel plans prior to June 16 are exempt from the rules. The update also specifies that “commercial engagements in place prior” to the listing will continue to be authorized.

As per the original announcement made in June, U.S. flights and cruises are exempt from the rules. The major cruise lines that operate in Cuba — Carnival Cruise Line, Royal Caribbean International and Norwegian Cruise Line — are studying the new rules, but for the most part did not think their operations would be impacted.

In a statement, Norwegian said, “All of our cruises to, and shore excursions in Cuba are in full compliance with regulations set forth by the U.S. Department of the Treasury, Office of Foreign Assets Control (OFAC) and the new guidelines set forth today.”

“Yes, only certain hotels and Airbnb private residences are approved for land stays,” he said. “Yes, your tours must be organized and supervised and have as a purpose to interact with the Cuban population. There are limitations to shopping options, but they are not catastrophic. More importantly, if your desire is to buy locally produced art, crafts, cigars and rum, you will still be able to do that relatively easily.”

John Kavulich, president of the U.S.-Cuba Trade and Economic Council, said the restrictions could dampen demand for Cuba travel, which he said reportedly began falling after Trump’s June announcement.

“Given that the regulations issued today meet the threshold of causing further anxiety, there will likely be a continued decrease,” he said.

Travel groups and executives lashed out at the regulations.

Eben Peck, ASTA’s executive vice president for advocacy, said in a statement, “Our government should not be in the business of telling Americans where to travel or not to travel.” He called on policy makers to “enact legislation to do away with the statutory Cuba travel ban once and for all.

The American people are the best ambassadors of U.S. values abroad and should be allowed to freely promulgate those values and travel to any destination they wish without restriction from their own government.”

Travel executives also said that the rules would hurt rather than help the Cuban people and that they represent an unbalanced foreign policy.

“U.S. backtracking on Cuba could not come at a worse time,” Laverty of Cuba Educational Travel said in a statement. “Restrictions on trade and travel are hammering Cuba’s private sector, which has grown through interaction with U.S. travelers and U.S. companies, and put the U.S. on the sidelines, politically and economically, at a time of transition in Cuba.

Laverty added, “At a time that President Trump is meeting with communist leaders in China and Vietnam, these regulations show the absolute hypocrisy and political pandering of the Trump administration on Cuba.”