HAVANA, Sept. 20th (Reuters) – The Trump administration on Thursday ordered the expulsion from the United States of two members of Cuba’s delegation to the United Nations and restricted..

travel of the remaining mission members to Manhattan, drawing strong condemnation from Havana.

In an announcement just days before world leaders gather for the annual U.N. General Assembly, the U.S. State Department accused the two Cuban diplomats of trying to “conduct influence operations” harmful to U.S. national security but did not elaborate on the accusations or release their names.

“The Department of State today notified the Cuban Ministry of Foreign Affairs that the United States requires the imminent departure of two members of Cuba’s Permanent Mission to the United Nations for abusing their privileges of residence,” State Department spokeswoman Morgan Ortagus said in a statement.

“This is due to their attempts to conduct influence operations against the United States,” she said.

Cuban Foreign Minister Bruno Rodriguez rejected the U.S. actions as “unjustified,” saying on Twitter: “The imputation that they might have carried out actions incompatible with their diplomatic status is a vulgar slander.”

“The expulsion … has the aim of provoking a diplomatic spiral that would lead to the closure of bilateral embassies, further tightening of the (U.S.) blockade and creation of tensions between both countries,” he said. 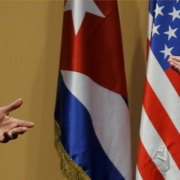 The US and Cuba: A love-hate relationship

Coronavirus-hit countries are asking Cuba for medical help. Why is the US opposed? 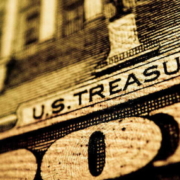 Havana syndrome: Exposure to neurotoxin may have been cause, study suggests

All airlines flying to Cuba could be sued in U.S.
Scroll to top