The five additions — all hotels — go into effect Tuesday, Nov. 19, the State Department said. They were made in accordance with a 2017 U.S. presidential memorandum that prohibits financial transactions with entities tied to the Cuban military, intelligence, and security services, according to the State Department.

The newly listed hotels include Gran Hotel Bristol Kempinski in Old Town Havana, which is scheduled to open by the end of the year, according to a report in September by HospitalityNet, a trade journal. European hotel operator Kempinksi Hotels SA signed a management contract with Grupo de Turismo Gaviota SA (Gaviota), HospitalityNet reported. Gaviota also operates another Kempinski hotel on the Restricted List, the flagship five star Gran Hotel Manzana Kempinski in Havana, Kharon reported in April.

Gaviota, Cuba’s largest hotel operator, is owned by Grupo de Administración Empresarial SA (Gaesa), which in turn is controlled by the Cuban Ministry of the Revolutionary Armed Forces. It operates more than 50 entities on the Restricted List, Kharon found in April.

The other hotels added to the Restricted List on Friday are the Grand Aston Varadero Resort in Varadero, as well as the Grand Aston Cayo Las Brujas Beach Resort and Spa, Gran Muthu Imperial Hotel and Gran Muthu Rainbow Hotel, all based in Jardines del Rey.

The U.S. move comes amid the 500th anniversary of Havana, which the Cuban capital will celebrate on Saturday. The State Department said the anniversary is not a proud moment, but rather “a sad reminder” of how the Cuban revolution “continues to fail its people.”

It marks the latest escalation in pressure by the Trump administration against Cuba. In October, the U.S. restricted the Cuban government’s access to commercial aircraft and announced the suspension of flights as of Dec. 10 to airports in Cuba other than Jose Marti International Airport in Havana. Earlier, it restricted the remittances that can be sent home by Cuban-Americans. 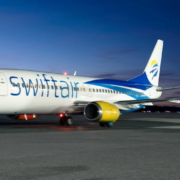