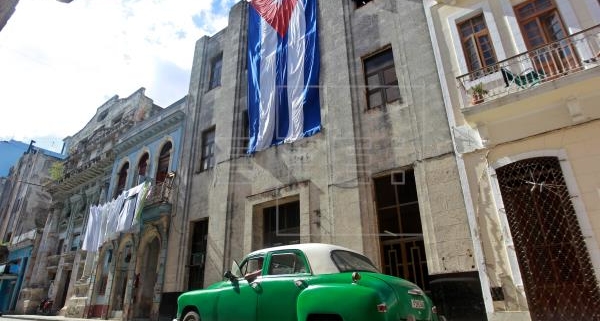 HAVANA, June 4th (AP) — The Trump administration on Tuesday imposed major new travel restrictions on visits to Cuba by U.S. citizens, including a ban on many forms of educational and recreational travel.

The Treasury Department said in a statement that the U.S. will no longer allow the group educational and cultural trips known as “people to people” travel to the island. Those trips have been used by thousands of American citizens to visit the island even before the U.S. restored full diplomatic relations with the communist government in December 2014.

Treasury said it would also deny permission for private and corporate aircraft and boats. However, commercial airline flights appear to be unaffected and travel for university groups, academic research, journalism and professional meetings will continue to be allowed.

“It kills the people-to-people category, which is the most common way for the average American to travel to Cuba,” said Collin Laverty, head of Cuba Educational Travel, one of the largest Cuba travel companies in the U.S.

Treasury Secretary Steven Mnuchin said the measures are a response to what it calls Cuba’s “destabilizing role” in the Western Hemisphere, including support for the government of President Nicolas Maduro in Venezuela.

“Cuba continues to play a destabilizing role in the Western Hemisphere, providing a communist foothold in the region and propping up U.S. adversaries in places like Venezuela and Nicaragua by fomenting instability, undermining the rule of law, and suppressing democratic processes,” he said. “This administration has made a strategic decision to reverse the loosening of sanctions and other restrictions on the Cuban regime. These actions will help to keep U.S. dollars out of the hands of Cuban military, intelligence, and security services.”

The new restrictions had been previewed by national security adviser John Bolton in an April speech in Miami to veterans of the failed 1961 Bay of Pigs invasion but details of the changed were public until Tuesday. Treasury said the sanctions would take effect on Wednesday after they are published in the Federal Register.