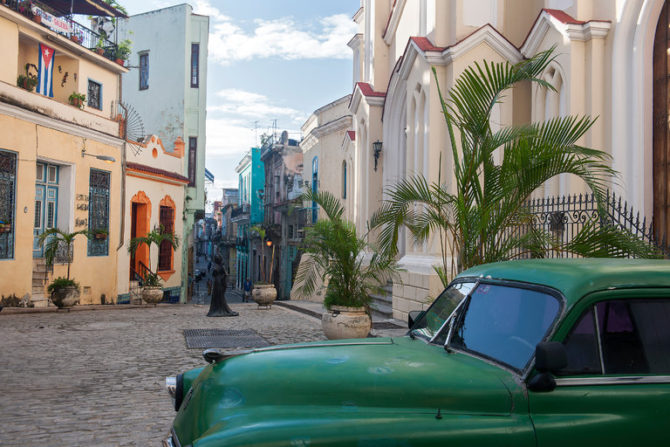 HAVANA, Oct. 29th Travelers will soon be able to book accommodations to Cuba through TripAdvisor, one of the world’s largest travel websites. It’s the latest development in an American travel industry that is slowly expanding tourism to Cuba.

The license, granted by the United States Treasury Department’s Office of Foreign Assets Control (O.F.A.C.), will allow TripAdvisor to book travel to Cuba for both United States and non-United States citizens, including for hotels, flights, cultural tours and short-term rentals, the company said.

TripAdvisor expects to begin travel-related sales to Cuba within the next few months, the company said.

“TripAdvisor looks forward to helping travelers all over the world discover Cuba’s vibrant history, people and culture as we begin the important work to make these trips possible,” said Stephen Kaufer, the president and chief executive of TripAdvisor.

It’s another step toward normalizing tourism to Cuba, but the reason for visiting must still fall into one of the 12 categories authorized by the O.F.A.C., which include family visits, academic programs, professional research and journalistic or religious activities.

While travelers can currently search for flights and hotels using TripAdvisor and other booking sites, they are redirected to third-party sites like Booking.com that are registered outside of the United States. The license will allow TripAdvisor to sell to travelers directly on its website.

Booking.com, the Amsterdam-based hotel-reservation site, said in March that it had reached agreements with several Cuban hotels to join its booking system.

The license granted to TripAdvisor is similar to the ones granted earlier in the year to other companies like Starwood for hotels and JetBlue and several other airlines for flights, and Airbnb for vacation rentals in 2015, TripAdvisor said.

The expanded travel options to Cuba began materializing after President Obama announced in 2014 that the United States would restore diplomatic relations with the country.

“We applaud President Obama’s policies to ease these restrictions and build relations with our island neighbor just 90 miles south of Florida,” Mr. Kaufer said in a statement.

Still, until the travel ban is completely lifted, travel will remain restricted to the government-sanctioned categories.

There is legislation in Congress that would allow for unrestricted travel to Cuba, but the Freedom to Travel to Cuba Act, which was reintroduced in the Senate in January 2015, has yet to become law.

“We urge Congress to make these relationships permanent by passing legislation that gives U.S. citizens the unrestricted freedom to travel to Cuba,” said Seth Kalvert, a senior vice president of TripAdvisor.
http://www.nytimes.com/2016/10/27/travel/tripadvisor-cuba-booking.html?_r=0

Cuba.com site for sale for $4.5 million