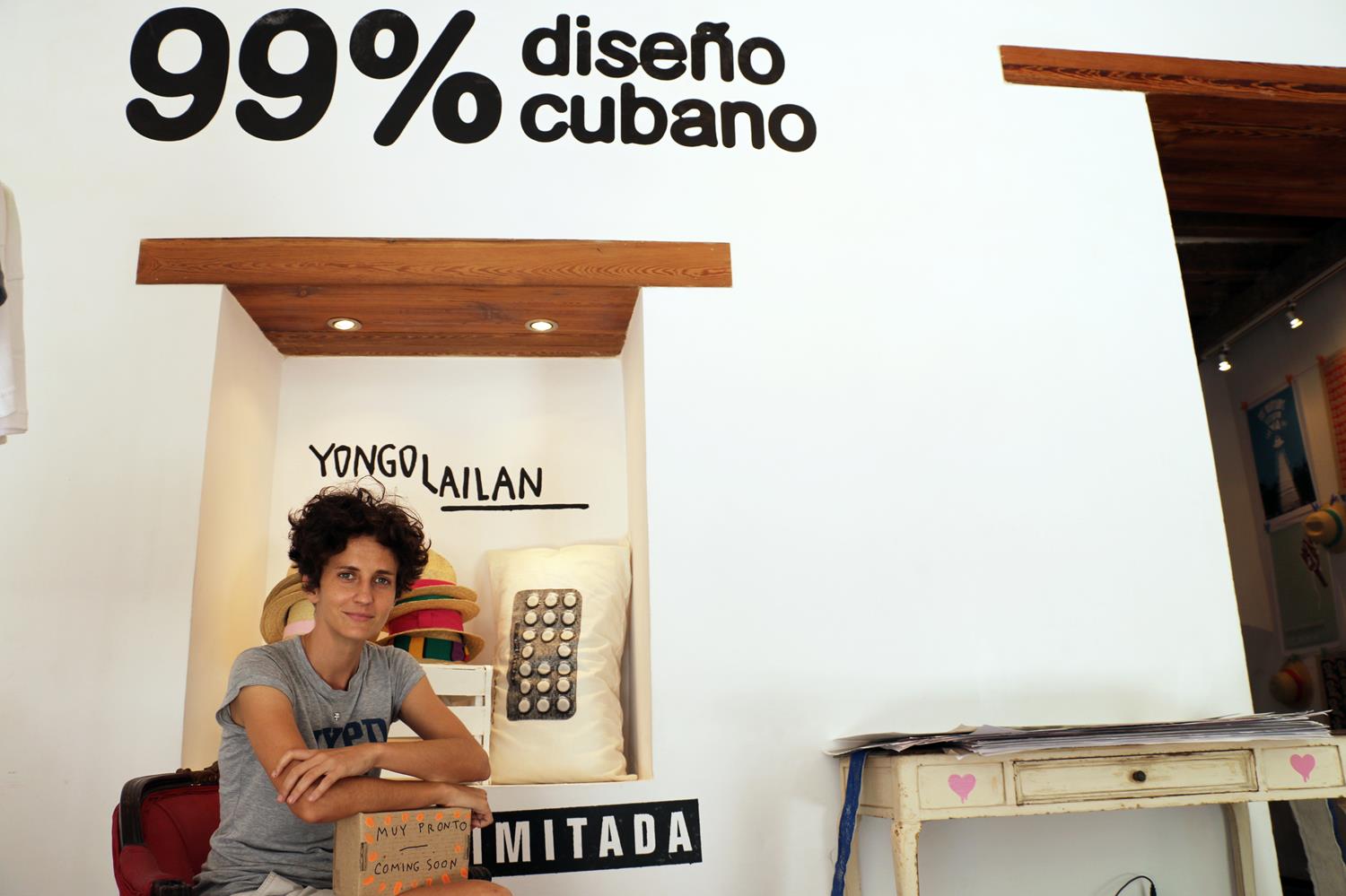 HAVANA, march 19th (BBC) Cuba is often considered to be a world apart, although it’s rarely compared to being in outer space. Still, that’s exactly what life on the island has felt like for Idania del Rio recently.

“I feel like an astronaut. I feel like I’m discovering a whole new world,” she explains. Young, talented and vivacious, Idania del Rio is part of a new generation of Cuban entrepreneurs.Her idea was simple but incredibly effective: open Havana’s first design store.

Clandestina in the heart of the old city is now a thriving business producing T-shirts, handbags and posters with a unique slant on modern Cuban life. Many of the clothes and cushion covers carry their line’s increasingly recognisable slogans: “Actually I’m in Havana” and “99% diseño cubano” (99% Cuban design).

The logos reflect a modern, outwardly looking Cuba and, judging from the store’s customer base, they appeal to both tourists and fashion-conscious locals alike. Clandestina may be a small shop but Idania has big dreams. She is already in talks with a business partner in New York about selling her products outside the island.

Amid the new buzz around young Cuban private business owners, Idania and her partner have been feted by foreign investors, keen to hear how to launch a successful business in Cuba. In the process, they have travelled everywhere from the headquarters of Airbnb in California to India.

Back in Havana, the store is a big hit.
“I feel like if people around me feel the same we can actually do something really amazing,” explains Idania.There is little doubt that good timing has played a part – the shop opening just as the US and Cuba announced a thaw in relations.

Still, Idania remains realistic about the pitfalls of starting a private business on an island that was, until recently, almost entirely state-run. “Maybe this doesn’t work out and maybe next year we are out of business. But right now it feels like it’s working and it feels like I can have a future, like the girls here can have a future too.”

On the shop floor, the team are manning a simple silkscreen press, printing out more T-shirts and bags for the customers.