HAVANA, Jan. 28th Three people are dead and 172 are injured after a tornado tore through the capital of Cuba, causing damage to homes, plunging neighbourhoods into darkness and flooding coastal areas.

People in the worst affected neighbourhoods in Havana have been warned to stay indoors after the violent storm tossed vehicles like toy cars and littered streets with debris.

A hospital that suffered severe damage was evacuated, and rescuers were going through rubble looking for victims.

Residents said the tornado sounded like a jet engine when it hit with strong winds, heavy rain and hail on Sunday evening.

Cuba President Miguel Díaz-Canel Bermúdez announced on Twitter that three people were dead and 172 were injured.

He posted photos showing him meeting with rescuers and survivors next to piles of debris and an overturned vehicle.

He wrote: “We are travelling through places affected by the storm. The damage is severe.” 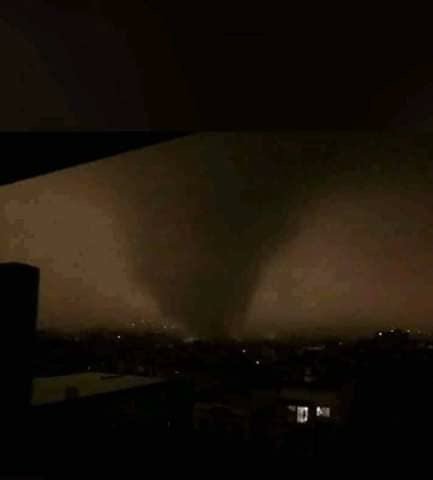 The resident said: “The ambulance and police sirens have not stopped. We are in the dark.

“Everything looks desolate, like in a science fiction movie.”

Cuban actor Luis Silva wrote on Instagram that he and his family were caught outside when the storm hit, and they had to dodge falling debris.

He wrote: “Strong tornado in Havana. I was in the street, in the car, with my wife and my children.

“I had to avoid falling debris, floods, strong winds. Until I was able to get home! We had a big scare.

“I am very sorry for the number of people affected right now. There are injured and deceased. This is the last thing we need.”

Much of the capital was left in darkness due to power cuts.

Cerro and Santo Suárez, Luyanó, Vía Blanca, Regla and Chibás were among the areas affected.

The Hijas de Galicia Hospital was evacuated due to damage.

The intense storm that spawned the tornado hit at about 8.45pm local time on Sunday evening.

Local residents compared the sound of the twister to a plane’s jet engine, and described feeling a dramatic change in air pressure when violent weather struck.

Strong winds tore apart some homes, sending bricks falling into the street, where cars were crushed by debris from structures or fallen trees or power poles.

In the aftermath, Cuba’s Civil Defence urged people to remain in their homes in the early hours of Monday morning.

Despite the warning, people gathered in the streets to survey the damage.

It is not yet known where the tornado ranks on the Fujita scale.

Locals complained about a lack of information from the country’s leaders in the wake of the storm.

Websites for government agencies, including the Cuban Institute of Meteorology, were in accessible due to demand.

Journalist José Raúl Gallego tweeted: “Amazing that even at this point none of the major Cuban leaders have put on Twitter a single message about what is happening in Havana.”

About an hour later, the Cuban president announced the death toll.

Tornadoes are a rare weather phenomenon in Cuba, which is no stranger to being lashed by hurricanes or brutal Atlantic storms. After hitting the island, the weather system moved north to Florida, where the National Weather Service had issued a tornado warning.