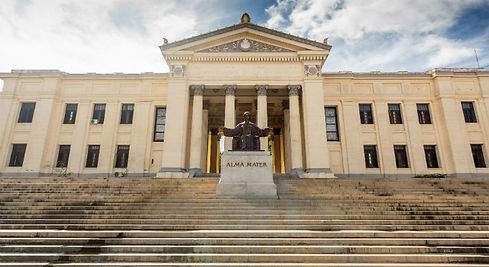 HAVANA, June 12th  Founded on January 5th, 1728, Universidad de La Habana (University of Havana) is the oldest in Cuba, and one of the first to be founded in the Americas ranks on place 498 of all the Universities in the world. It began as ‘Real y Pontificia Universidad de San Gerónimo de la Habana (Royal and Pontifical University of Saint Jerome of Havana).

It was originally housed in the Dominican convent of Santo Domingo in the Old Town of Havana. In 1842, it was no longer a religious institution and changed its status to become a secular institution.

This university is the cradle of the most advanced Cuban thought and action. It is considered the Alma Mater of Cuban higher education and works permanently for academic excellence and social relevance, supported by a strong national and international projection.

Located in Havana, the capital of the Republic of Cuba, University of Havana comprises 16 faculties, 4 institutes and 18 research centres in a variety of fields, including humanities, natural, exact, economics and social science. In total, 38 undergraduate programs are taught.