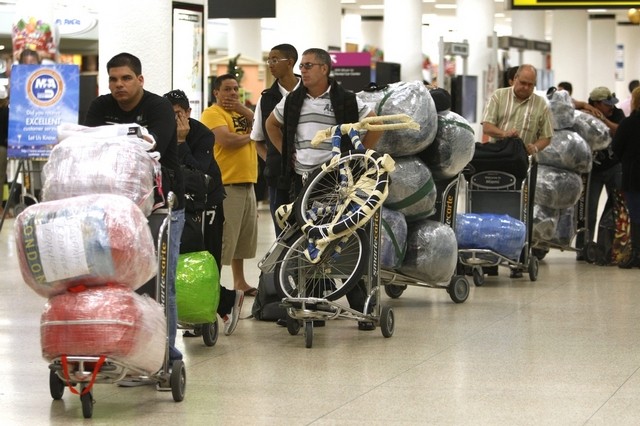 HAVANA, Nov. 21th  As Western Union closes down operations in Cuba and Havana Airport is now open, “mules” are back in the skies. These human couriers and importers with lots of cash provide a greater burden for US customs and immigration authorities. This occurs especially at Miami Airport, notes the US-Cuba Commercial and Economic Council (CubaTrade), reports Efe news agency.

Last Friday, the island’s government announced that the US company will stop operating in Cuba on November 23rd. They will close 407 payment points after the Trump government sanctioned the financial corporation Fincimex, which is its Cuban counterpart.

The event “will mean the return of mules on steroids,” CubaTrade said in a statement.

According to this business group, the closure of Western Union means a stricter search of passengers who want to travel to Cuba with cash is hidden or distributed among several people.

The impact worsens in the months of November to January due to the year-end holidays, he added.

In October, the US Treasury prohibited sending remittances to Cuba through companies controlled by the Cuban military, such as Fincimex.

The measure will restrict the flow of money to the island unless companies like Western Union reach an agreement with the Cuban government to circumvent the sanctions, which has not happened.

The Cuban government says no to conditions

The sanction was published on October 27 and provided a 30-day period for the implementation of the new restrictions. However, thus far the Cuban government opposes any meddling in its internal economic affairs.

CubaTrade noted that at least 1,800 passengers travel daily on 12 flights from Miami to Havana.

Any passenger carrying more than $10,000 must declare them to the United States Customs and Border Protection.

Currently, foreign companies wanting to operate in Cuba must have a state counterpart. In the case of Western Union, since 2016 that partner is the financial services firm Fincimex, linked to the military conglomerate GAESA.

In June, the State Department included Fincimex on the “blacklist” of companies with which US citizens are prohibited from carrying out transactions. The new regulation prevents the processing of remittances with any entity included on that list.