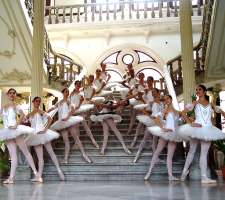 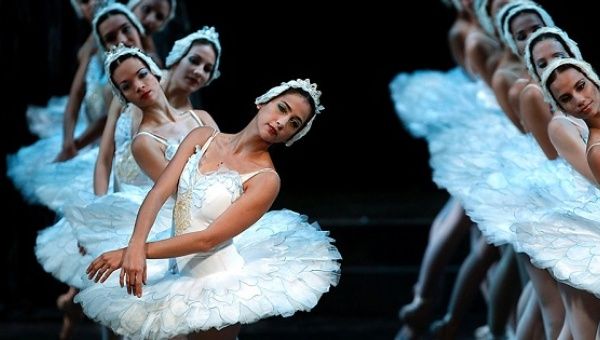 HAVANA, Feb. 14th The National Ballet of Cuba, which is directed by Cuban legendary dancer Alicia Alonso, announced Tuesday that it is organizing a tour in several cities in the United States during the months of May and June.

The Cuban academy has chosen the classic ballets of their repertoire, Giselle and Don Quixote, for their latest performances in Chicago, Washington and New York.

The first performances are scheduled in Chicago during the third week of May and the following are scheduled at the John F Kennedy Center for the Performing Arts, in Washington.

The last part of the Cuban ballet tour will take place in the city’s of New York and Saratoga Springs during the first weekend of June, where the group will perform a choreographic version of Alicia Alonso’s iconic performance of the romantic ballet play Giselle.

Giselle is considered to be the most iconic part of Alonso’s artistic career and her version of that play earned her the Grand Prix de la Ville de Paris in 1966, and saw the company of the Opera de Paris incorporate it into its repertoire in 1972.

The National Ballet of Cuba is the biggest ballet academy in the world with more than 3,000 students. Alonso founded the school as a company back in the 1940s but lack of funds from pre-revolution governments did not allow her to focus on the Havana-based school.

Alonso, a supporter of the revolution, said she received an invitation from Fidel In late 1958 to revive the school after which she moved back to Havana after spending years touring the world as a professional dancer.

While she performed in many theatres around the world, her support for the Cuban revolution saw her being shunned by a number of international audiences. Nevertheless she continued her work in Havana and her support for the socialist government of Cuba.

Alonso, who is still involved in the company, gave her last public performance in 1995 at the age of 74, according to National Geographic. This year’s tour will be the school’s 11th tour in U.S. cities with the last one taking place in 2015.

Before the trip to the United States, the Cuban ballet group plans to delight its regular audience of the Gran Teatro de La Habana Alicia Alonso with a taste of the masterpiece Giselle during the last weekend of this month and the first one of March.