HAVANA, August 13 (By Judy Cantor-Navas)  It was not foreseen that the Buena Vista Social Club’s Adios tour would start the same week that Secretary of State John Kerry is flying to Havana for the raising of the U.S. flag in Cuba for the first time since 1961. But good timing was part of the Grammy-winning, multi-million-selling group’s success from the start.

Long before Obama made his move with Raul Castro, a bunch of old Cuban coots with a storied musical history and incredible charisma among them gathered in an iconic studio in Old Havana to make history.

The 1997 Buena Vista Social Club album coincided with U.S. policy under President Clinton that encouraged cultural exchange, allowing them to travel to the U.S., where they appeared, triumphantly, at Carnegie Hall.
The artists, some of whom were pulled out of retirement, came to be seen as Cuba’s musical ambassadors, as Buena Vista quickly evolved from a one-off session to a touring group to a worldwide phenomenon.

For Americans, including many Cuban exiles, the classic pre-revolutionary songs performed by these universally lovable musicians direct from Havana instantly connected Cuba’s past and present.
Such was their popularity that they aroused some suspicion in Cuba. In those days, there was even a rumor, voiced by bandleader Juan Formell of Los Van Van, that the making of Buena Vista was plotted by the CIA to promote pre-Castro culture and downplay the more daring Cuban music being created by artists on the island nurtured by socialist models of music education.

Buena Vista didn’t give a concert in Havana until two years after the release of the album, which was not sold on the island. But officials eventually couldn’t help but welcome the attention that the project had brought to Cuban music, especially at the state record label Egrem, whose archived international labels began to mine for material for compilations of vintage Cuban recordings that sounded like Buena Vista Social Club.

Buena Vista Social Club starts its U.S. Adios tour Wednesday (August 12) at the Chicago-area Ravinia Festival and will be touring around the country through November, when the group hits New York’s Beacon Theater then give their final goodbye at a stadium show in San Juan, Puerto Rico.

An Inside Look at Cuba’s Music Scene & The Artists Moving the Nation to a New Era: Exclusive Video

I encourage you to take this last chance to see Buena Vista if you can. The idea of another performance of “Chan Chan” may seem tiring, but hearing it live will still put a spell on you.

As witnessed at a recent performance in Barcelona, the current incarnation of Buena Vista includes a younger generation of musicians. Twenty-year-old Luis “Guajirito” Mirabel Plasencia is there alongside his 82-year-old grandfather, Luis Manuel “Guajiro” Mirabel Vazquez. Rolando Luna has replaced the original Ruben Gonzalez on piano. Backup vocalist and dancer Idania Valdes brings some typicalsabor to the stage.

Among the veterans — who include Barbarito Torres and the flashily dressed Papi Oviedo, a spectacular unto himself — there’s an intimacy gained from years on the road together that’s beautiful to watch.

But it’s clear, for me, that the most compelling reasons to see Buena Vista Social Club are Omara Portuondo and Eliades Ochoa.

Portuondo, the group’s enduring diva, who has limited her time onstage when touring with the band in past years, has blossomed yet again.
The remaining star of the show since Ibrahim Ferrer and Compay Segundo died, her voice during the Barcelona concert in June was clear and strong as she delivered her signature “20 Años” and other familiar boleros and led the crowd in singing “Guantanamera.”
She has trouble walking, but she can dance. And if you think that an 84-year-old can’t be sexy, just watch her.

Tres guitar master and Cuban country music singer Eliades Ochoa had a long career in his native Santiago de Cuba. It was Buena Vista’s success that gave a boost to his solo career, and the recognition of his place in music history as one of the greatest interpreters of acoustic Cuban son.

“The son is very simple,” Ochoa once told me over a glass of rum at Santiago’s music temple, the Casa de la Trova. “It’s a tres, some bongos, a pair of claves, some maracas. The music shouldn’t be written down, and the musicians playing it don’t have to know each other. We just get together and I grab a tres, another guy grabs the bongos, another the maracas, and there’s the son. That’s all you need.

“If it didn’t make the public happy,” he added. “There’d be no reason for the music to exist.”
http://www.billboard.com/articles/columns/latin/6663151/buena-vista-social-club-american-adios-tour 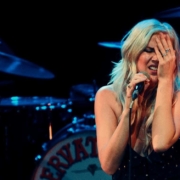 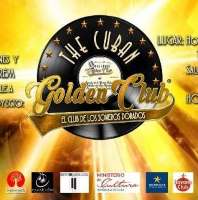 Preparations underway in Havana ahead of reopening of U.S. embassy August 15, is International Homeless Animals’ Day
Scroll to top