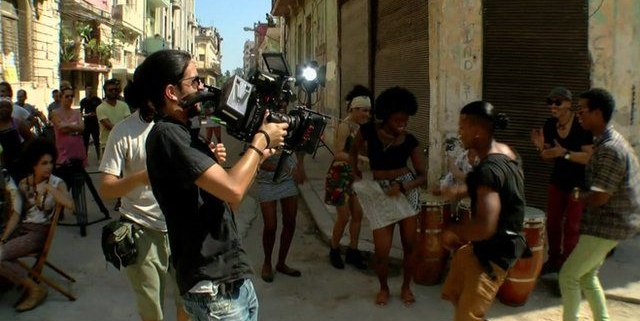 HAVANA, Sept. 24 In Cuba, independent film production has just been legalized. The government recognizes and authorizes, as of September 24, the independent artists of Cuban cinema.

The debate on this legalization has lasted more than a decade but that does not mean freedom of creation.

“A first step”
The law on Cuban cinema has remained unchanged since 1959, while audiovisual production has evolved considerably in recent decades. Since the triumph of the revolution, Cuban cinema has been organized by the Cuban Institute of Art and Cinematographic Industry (ICAIC). Officially, every Cuban film goes through this institution that has sometimes been surprising.

In the 1990s, especially in the middle of the special period, she produced the film Fraise et chocolate, in which a communist youth activist became friends with a marginal gay from Havana. This film had revealed to the general public the actor Jorge Perugorría, who works for 30 years in the Cuban official or independent cinema.

According to him, these two types of cinema coexist mainly since the advent of digital technology, which has made cinematographic production more accessible. Today, the actor is delighted by this new decree. “Independent cinema in Cuba was a fact, a reality, but it was not part of a legal and legal framework.

Everyone made movies outside the law. So this is the first step to make legal what has been done for years “, analyzes Jorge Perugorría, who explains that” there was always complicity in one way or another with the institution especially for what was shooting permissions “. “You could make your film but nothing guaranteed you to broadcast it,” he says.

A new support fund that questions
This decree seems to facilitate the work of independent producers, but the state retains control over the distribution. It’s one thing to make a film, it’s another to show it. Especially in Cuba, where all cinemas are run by the state through ICAIC.

This measure effectively facilitates the work of independent producers because they now have legal status and are recognized as private-sector workers. They may also open bank accounts to receive funds for a film.

They will also be able to present projects to a new fund supporting Cuban cinema, but it is still unclear what the overall budget of this fund will be and who will select the projects. Many producers are already afraid of seeing their film ineligible for this support fund for political rather than artistic reasons.

The actors of the sector wish today to continue the debate to change in depth this cinema law, and in particular to speak about the content, the ideology and the freedom of creation.