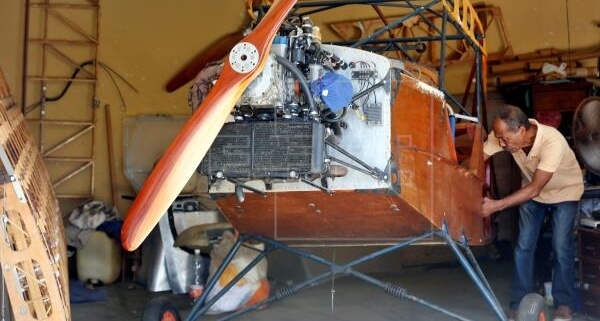 HAVANA, Feb. 19th Housed in the basement of a building in Havana, Adolfo Rivera’s garage may appear normal at first glance,

but upon closer inspection, a half-built plane rests on the floor amid tools, cables and empty coffee cups.

Rivera is a mechanical engineer with 70 years of experience and two obsessions: manufacturing planes and flying them.

With no experience as a pilot, in 1973 he created his first prototype, which was a glider with wings lined with paper.

Between the 1970s and 1990s, the enthusiast made eight single-seaters.

It was not until the middle of the last decade when the university professor of mechanical engineering decided to undertake his most ambitious project, building a wooden plane.

This new prototype is much more ambitious: a two-seater with a maximum weight of 400 kilos, 6 meters in length and a 9.2-meter wingspan.

Its 64 cv engine allows for a 61 km/h take-off and can theoretically fly for two uninterrupted hours at a maximum speed of 165 km/h. 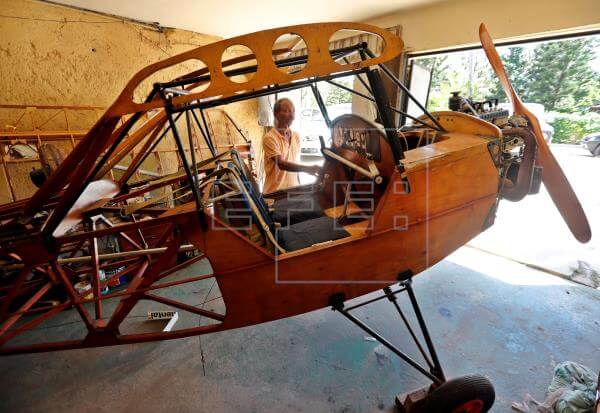 It is inspired by the American Cessna 152 model.

The plane uses steel as a frame for the cabin, but both the wings and cockpit are made mainly of wood, something that has delayed the process of creating the AR-9 ULM (Ultra Light Model Alberto Rivera 9) considerably.

“We were offered wood, but it was not adequate since to use it in aviation it must meet many requirements such as grain, light, resin pockets, etc. The selection of wood was what took the longest,” he says.

The two-seater engine is Austrian, a Rotax 582, and the rest of the components are locally manufactured including a two-blade propeller made of mahogany and cedar crafted by a local carpenter.

“I saw the art that this boy has in his hands and I said, I want him to make me the propeller,” Rivera continues.

The cabin of the aircraft occupies a third of the garage space, supported by the walls of the premises.

The wooden skeleton of the wings is waiting for the appropriate fabric to line them.

“Every day we make more progress. We would probably like to fly it this summer and I think there are quite a lot of possibilities,” Rivera says.

“If it were up to me I would have covered it and started with flight tests already.”

The prototype has passed all the Cuban aviation authorities tests, although some documents are still pending.

Some components are also still to be assembled, varnished and painted before receiving final approval for takeoff.

Asked who his co-pilot will be on the first flight, Rivera laughs and says: “Maybe my clubmates or my wife Teresa.”

Rivera hopes his plane will serve a purpose as an instructional plane.

He also believes that his aircraft could be used in aviation schools, defence and even in agriculture or forestry inspection.

For now though, once the AR-9 ULM has been successfully completed and tested, it will live in the aerodrome of the Aviation Club of Cuba (CAC) near Varadero for use by members of the club, responsible for supporting, financing and supervising Rivera’s project.

“This is already the star plane of the club,” president of the CAC, Miguel Angel Armas tells EFE.

“It will be the only one we own, made for us,” he says proudly.(EFE)

La Tropical, the beer brand that “moved” some Cuban gardens to Miami
Scroll to top